Roniel Campos, three-time champion of the Tour of Táchira 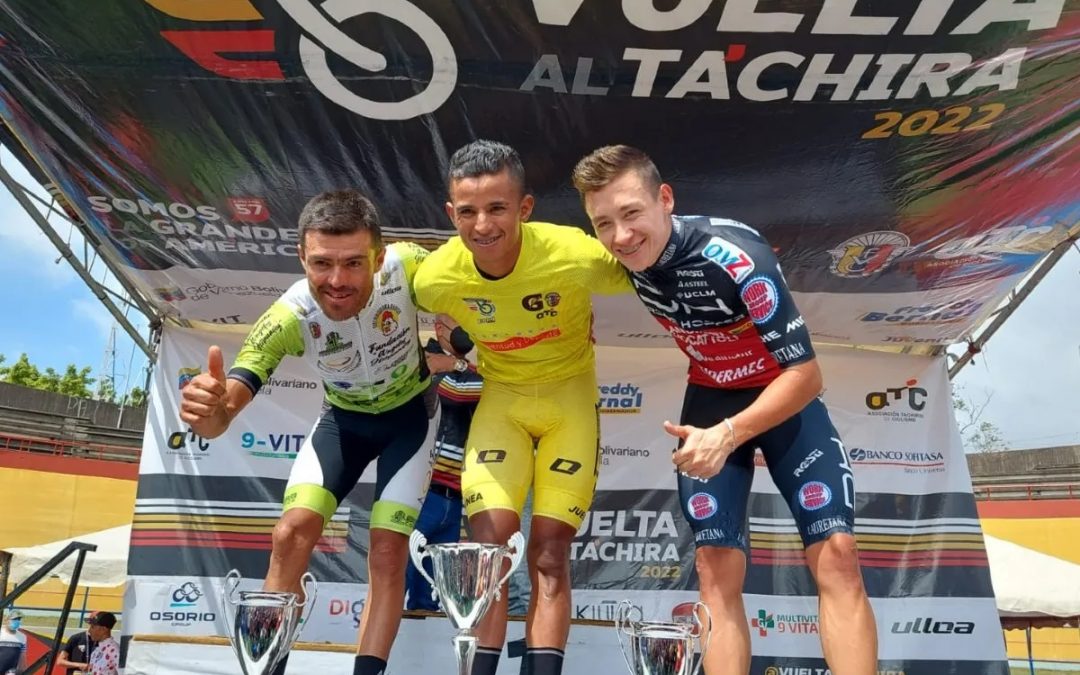 The Venezuelan cyclist Roniel Campos became three-time champion of the Tour of Táchira, the queen event of cycling in Venezuela, which had the Colombian Didier Merchán as the winner of the last stage, disputed on a circuit of 116, 4 kilometers in the city of San Cristobal.

Campos, 28, is the fifth rider with three titles in this tour (2020, 2021 and 2022). Born in Nirgua, a population of 35,000 inhabitants in the Yaracuy state of the plains, the ace of the Deportivo Táchira team completed the eight sections of the event with a total time of 25 hours, 5 minutes and 15 seconds.

“Being champion of the Tour of Táchira on three consecutive occasions is not easy (…). I entered that tower,” Campos, who promised to continue fighting “for the privilege” of collecting championships, celebrated in statements to the local press.

Merchán, a member of the Hopper-Androni Giocattoli Drone from Italy, prevailed in the closing stage, with a time of 2 hours, 52 minutes and 28 seconds. His countryman Johan Colón, second, and local Jorge Abreu, third, escorted him in a group of six cyclists, including Campos, who crossed the finish line at the J.J. Dwells 11 seconds away from him.

In a vibrant definition, the Colombian Merchán surprised the sprinters, who faced a very tough circuit together with the entire peloton, with a climb repeated twelve times and the last flat section to the finish line.

Campos took control of the 57th edition of theTour of Táchira last Friday, when he won the sixth stage and from that segment he imposed his favoritism on the mountain to dominate the general classification.

His companions on the final podium of the event that opens the calendar in America of the International Cycling Union (UCI) are the also Venezuelan Eduin Becerra, in the second step at 1 minute and 3 seconds, and the Colombian Merchán, in the third at 1 minute and 44 seconds.