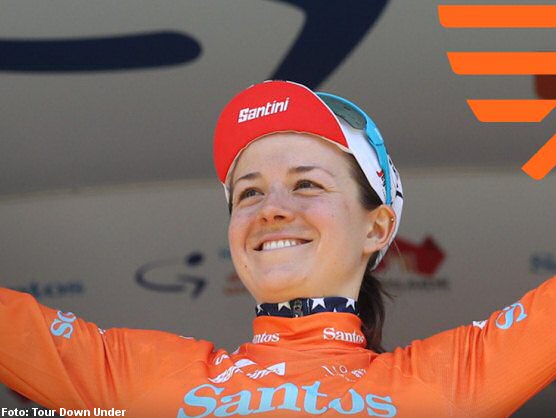 The Mexican Andrea Ramírez was the best Latin American in the Tour Santos Down Under 2020 Women, at the end of the fair in the fourth position in the youth category, while the winner of this year was the American Ruth Winder, who from the day forged his victory .

At the end of the four stages of the competition and after the circuit in the city of Adelaide, Ramírez (SWA) stood out as the best of the Mexican team Agolico BMC, since in addition to training in the 11th place in the phase of yesterday, she was seventh in general with 10: 11.14 hours.

In the circuit yesterday, the Italian Simona Frapporti (BKP) flees the winner, the next of the American Lauren Stephens (TIB) and the New Zealand Rushlee Buchanan (RWL).

On the other Mexican cyclists, Marcela Prieto (SWA) was in the 19 to 44 second place of Winder in the general, Ariadna Gutierrez (SWA) in 46 at 12:26 minutes. Sinaloense Yarely Salazar, who corresponds to the Astana team, finished in 75th place at 12:37 minutes from the competition manager.

Cuban cyclist Arlenis Sierra was fifteenth for the second day in a row and placed 16th, 44 seconds behind the winner of the strong event.