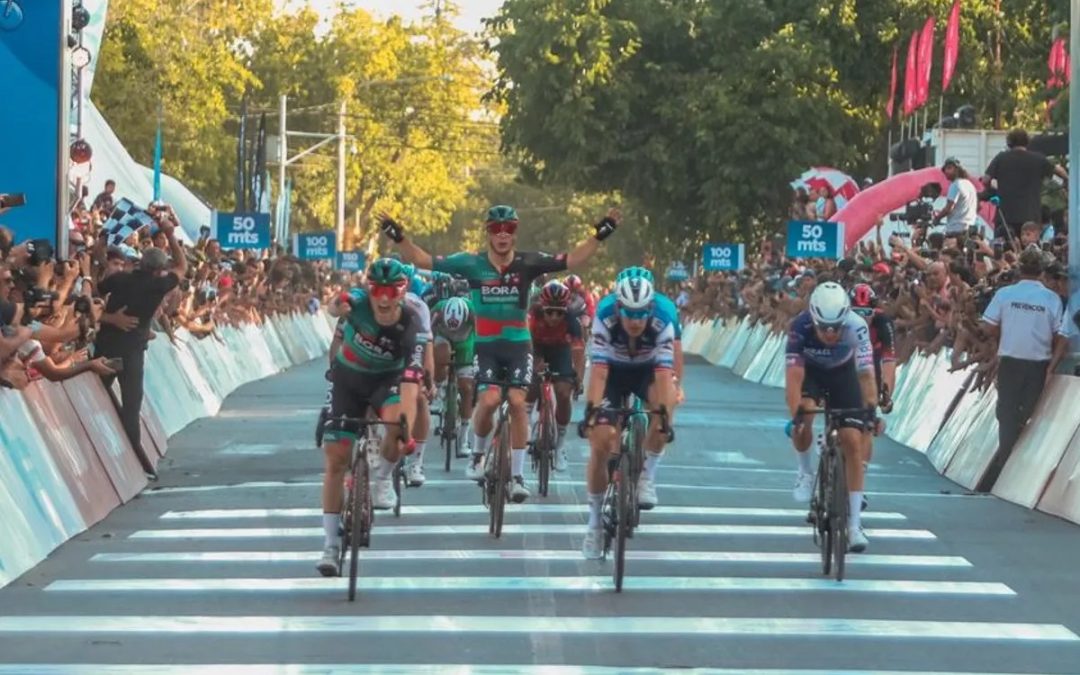 The Irish rider also kept the leader’s jersey in this way. Bennett, 32, achieved the first victory of the season, the 60th of his personal career and that smile meant his return to success five months after winning the third stage of the Tour of Spain.

“I’m very happy. It’s nice to start the season like this. The sprint was a bit crazy, very nervous and complicated, but everyone comes here to win, and staying with the victory is important for our team”, Bennett said as soon as he reached the finish line.

With 8 kilometers to go there was a fall in the majority squad; then ten cyclists tried to break away, but they were neutralized about 22 kilometers from the finish line and the stage remained even until the end, with the seven World Tour teams with chances of winning.

The Panamanian cyclist Christofer Jurado (Panama is Culture and Values) was a great cheerleader for the escape, crossing the two third-category mountain passes first, to become the first leader of the mountain prizes.

Other standouts who were near the top were the Italian Elia Viviani (Inos Grenadiers), who finished sixth, and the Slovakian Peter Sagan (TotalEnergies) who finished seventh. Fernando Gaviria (Movistar) was in twelfth position.

This Monday the second stage of the Argentine round will be completed, over a distance of 201.1 kilometers between Valle Fértil and Jáchal ending in a slight ascent. The successor to the Belgian Remco Evenepoel, champion of the last edition in 2020, will be known on Sunday, January 29 in San Juan (Argentina).