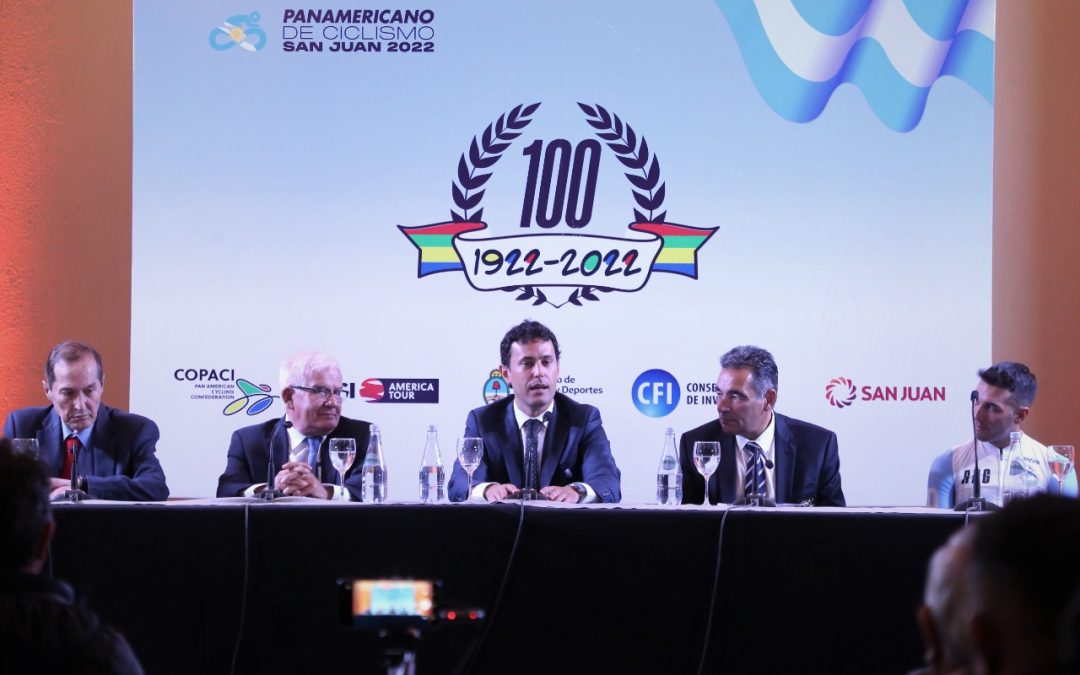 With a simple and emotional ceremony, the Pan-American Road Cycling Championship was presented this Thursday in San Juan, the capital of Argentine cycling, which, according to the President of the Pan-American Confederation (COPACI), José Peláez, “is experiencing a sports revolution and where cycling is loved like few other places in the world”.

Speaking at the official presentation of the event, starting on May 12 with the individual time trial events, Peláez invited the 23 federations present and the more than 200 riders to share “a true sports party”, At the same time, he thanked the authorities of the province for being able to also celebrate the Centennial Congress of COPACI on May 16, which implies a lot of history and future projection.

In the presentation of the contest, several local authorities and the cyclist from San Juan Nicolás Tivani, a member of the Argentine team that will compete in the fair, spoke for whom “it is wonderful to have an event like this in our province and we will enjoy it very much.” . Wearing the colors of the national team in our province is a plus. We will leave the light blue and white as high as possible”.

For his part, Juan José Chica, president of the Sanjuanina Cycling Federation, thanked everyone for being present and supporting this discipline “which is the passion of the people of San Juan. We want this to be a great event”, he commented, while welcoming all the leaders and cyclists of the continent.

Gabriel Curuchet, president of the Cycling Union of the Argentine Republic, recalled that “Once again San Juan opens its doors for us, this time for the Pan-American Road Race, and on the centenary of COPACI. After two years we return with an international competition and that is a reason for joy and pride”.

Finally, Jorge Chica, Secretary of Sports of San Juan, had words of praise for the organizers and the support of Governor Sergio Uñac and the mayors, without whom it would have been impossible to organize the fight after problems that occurred in Uruguay, the country that had the headquarters of this Pan American.

“Sanjuaninos have passion. It is a tradition that we have for cycling. With the 40 years of the Vuelta and how many other local races. I can only say thank you and that you can enjoy all this. San Juan lives and breathes cycling. We are proud because we can also do this type of events. Many successes to all”.

The presentation activity was attended by all the delegations and their respective federations and coaches, as a prelude to intense and joyful days, in what is seen as one of the most disputed Pan American Championships in history.