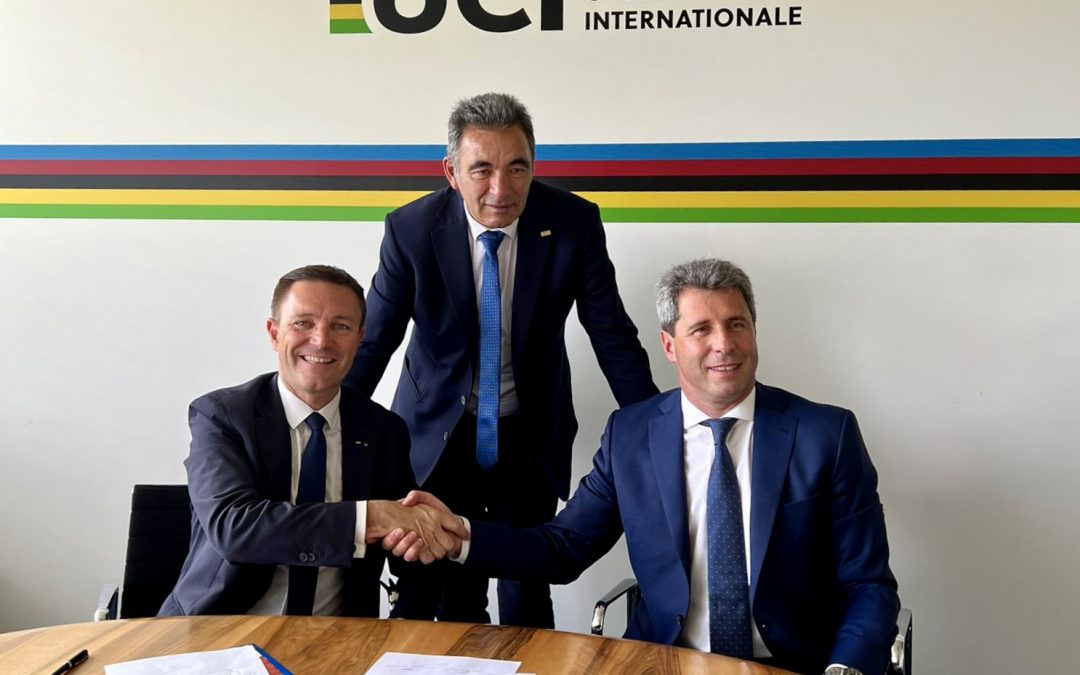 The covered velodrome that is currently being built in Pocito, San Juan, generates great expectations worldwide. The governor of the neighboring province, Sergio Uñac, presented to the president of the International Cycling Union (UCI), David Lappartient, the documentation required to apply for San Juan as the venue for the 2025 Track World Championships.

During the talk, in which the Secretary of Sports, Jorge Chica, participated, the documentation required for the application was presented, in addition to discussing the sports management carried out by the province in recent years.

“The sports infrastructure and the support conditions for sports allow our province to apply to host these important activities. In addition, it strengthens the work we have been developing in terms of high-performance athletes,” said Sergio Uñac through his account. from Twitter.

In this way, the construction of the velodrome begins to show clear signs of its traction, since prior to its inauguration it had two very important offers from the entity that regulates cycling worldwide: the aforementioned holding of the 2025 Track World Championships and the concrete possibility that San Juan hosts the UCI Satellite Development Center of South America, receiving important funds from the sports entity to be able to carry out this objective.

The covered velodrome will have capacity for 5,763 seated spectators. But, even more important, it will be the first wooden track in Argentina that has the homologation of the International Cycling Union to carry out international events.

If the proposal materializes, San Juan would host the first Track World Cup in Argentina and would become the fourth country in South America to organize it after Uruguay (it was held together with Italy in 1968), Venezuela (1977) and Colombia (1995 and 2014).