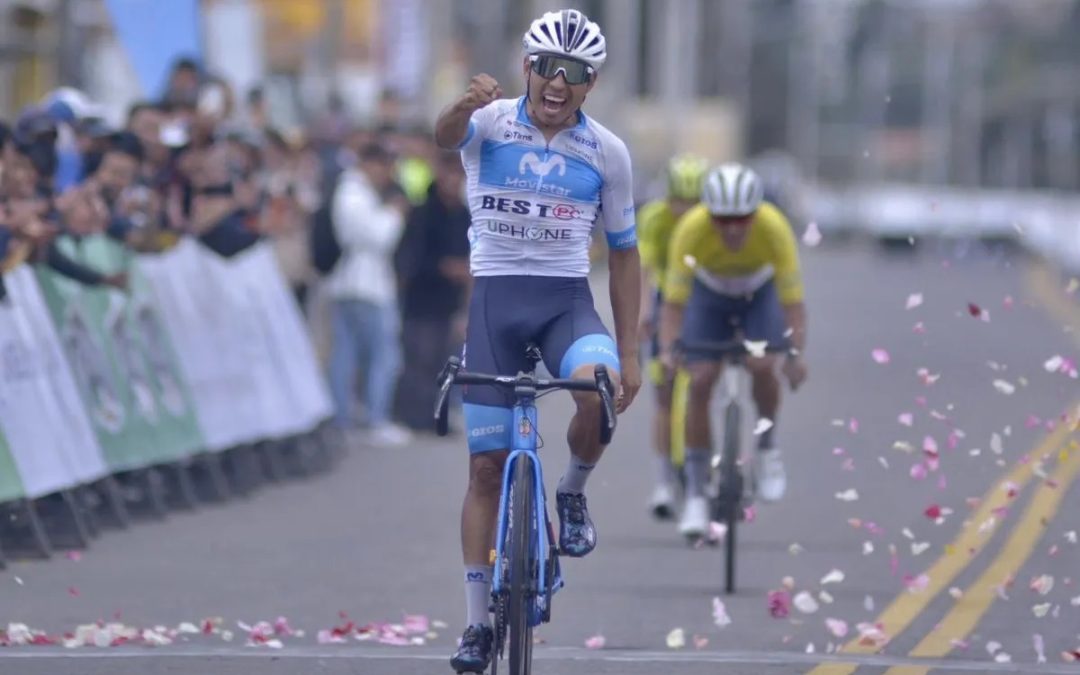 In another mountainous day, Santiago Montenegro (Movistar Best PC) asserted his status as a climber and took his second partial victory in the Tour of Ecuador, which this Thursday played the sixth stage, after traveling 180 kilometers, between the towns of San Gabriel and Cayambe.

The Ecuadorian cyclist, champion in 2020, won the duel against Robinson Chalapud, who remains a solid leader and is excited about the title of the Ecuadorian round with two days to go before the conclusion of a contest that has had excellent organization.

The escape of the day was led by Pablo Caidedo (Movistar Best PC), Joel Burbano (Team Narváez), Bryan Obando (C&S Technology) and David Villareal (C&S Technology), but in the end the favorites ended their hopes for victory.

In the last mountain pass of the day, the favorites remained together and in the definition Santiago Montenegro surpassed the leader of the race Robinson Chalapud (Team Banco Guayaquil). In general, Marlon Castro (Nariño Tierra de Ciclistas), lost the third place on the podium with the winner of the day.

“Winning here is very special because I have my family. I live and train every day in these places. That is why I dedicated the victory to this town that has supported me so much in my sports career”, said Montenegro at the finish line in Cayambe.

Chalapud continues to lead the general classification, while Marlon Castro (Nariño Tierra de Ciclistas) leads the Sub 23. Pablo Caicedo (Movistar – Best PC) is the leader of the flying goals, Bryan Rosero (Cinema Cable Internet Twitter) is the King of La Montaña and Obando was chosen as the most combative of the day.

This Friday the seventh stage will be held, a section of 132 kilometers between the towns of Cayambe and Quito, which will have a mostly flat first part and a first-class climb at the end.

The successor to Ecuadorian Wilson Steven Haro, last year’s champion, will be announced next Saturday at the Middle of the World.