Santo Domingo, the capital of the route of America 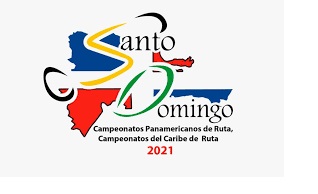 The best exponents of road cycling in America are already in the capital of the Dominican Republic, for the dispute of the Pan American Championship of this modality, which in turn will be simultaneous with the Caribbean Championship, from August 12 to 15, despite the threat of Tropical Storm Fred.

From the competition headquarters we learned that there have been delays and delays in the arrival of various teams due to deteriorating weather conditions that forced the Santo Domingo international airport to close for several hours.

Likewise, the Technical Congress of the Caribbean Championship, scheduled to take place this Wednesday at 6:00 p.m. it was decided to pass for Thursday at 9 in the morning; while the races scheduled in the official program for the morning schedule of that day passed towards the afternoon depending on the fact that Fred’s announced rains pass.

So far, the delegations of Cuba, Saint Vincent and the Grenadines, Dominica, Saint Martin, Mexico, Paraguay, and Bermuda have been confirmed in the Quisqueyo territory for the contest that will grant tickets to the First Pan American Youth Games.

The commissioner appointed by the International Cycling Union for this event is Rainer Nulen from Venezuela, assisted by the international commissioners from Colombia Héctor Fabio Arzila and Carlos Mario Naranjo.

The Pan-American Championship will, in turn, coincide with the Caribbean Championship of this modality, hence, according to the program on the 12th, only the route (myf) for the countries of this region, with three tickets for men and two for women to the Youth Games.

On the 13th, all the modalities of cabbage will take place, the Pan-American contest will guarantee the right to the Youth Games to the six best men and women of this test.

Around the 14th the start of the Pan-American championship route will take place, category sub 23 in both sexes, where 10 places will be distributed for the men’s sector and 11 for women, with which the 31 places that COPACI plans to deliver for the continental competition for newcomers in Colombia, a country that has four eight runners insured due to their status as headquarters, who will be divided between the two specialties.

At the farewell on August 15, we will know who the new Pan-American monarch of the men’s route is.