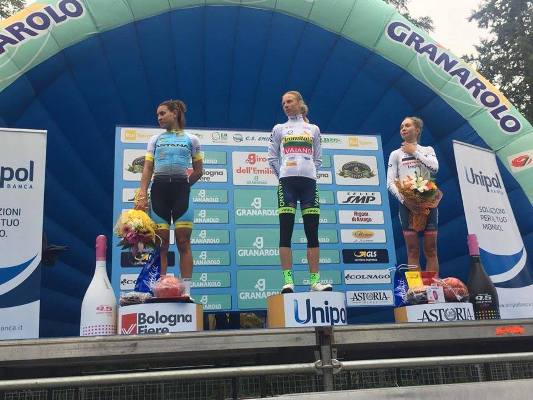 Havana.- CUBANA Arlenis Sierra once again demonstrated her talent, when today she entered the second of the V Women’s Tour of Emilia, Italy, where she was only surpassed by the Lithuanian Rasa Leleivyte, a 30-year-old runner from the Aromitalia club.
According to the site www.tuttobiciweb.it, the “Sierra Antillana” of the Kazakh team Astana left behind outstanding riders, such as the Danish Cecille Ludwing (Cervelo-Bigla) and the Italian Tatiana Guderzo, world bronze medalist.
He closed the top ten another bambina, also from Astana, the young Sofia Bertizzolo.
Arlenis explained to JIT that, as is usual in Europe, “the race was tough, at a distance of 100 kilometers, and the last two were going up”.
“I am happy, but I can not forget this day that commemorates the 42nd anniversary of the horrendous crime of Barbados, in which 73 people died, among them the young fencers who returned to the Fatherland with victory. I dedicate my work to them, “he said.
“Of course, like all my compatriots, I condemn terrorism of any kind and against any country,” he said.
The Caribbean rider, places 28 Olympic in 2016 and 27 in the recent world championship, will run tomorrow again in Italy and the 18th will fly to China, where he will intervene on October 21.