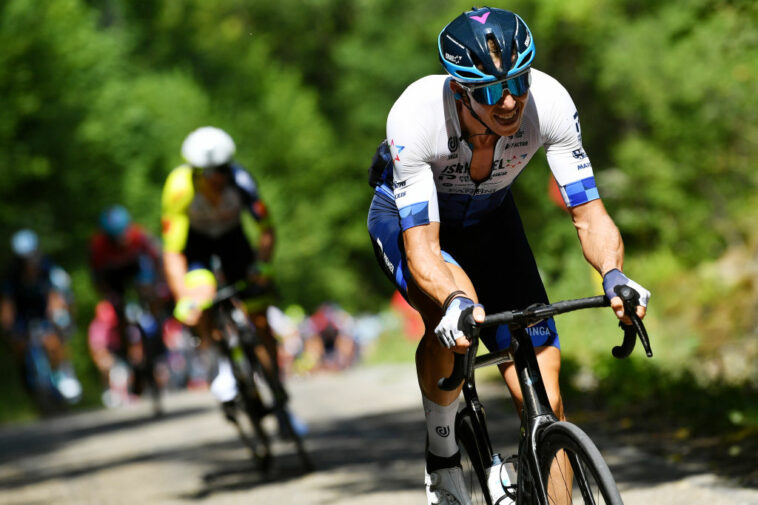 The Belgian cyclist Sep Vanmarcke of the Israel – Premier Tech club won the first edition of the Maryland Cycling Classic, a category 1 Pro Tour event, held in the United States with start and finish in Baltimore, over a 193 km route .

This victory – Vanmarcke’s first in three years (he had not won since September 2019 at the Bretagne Classic) – gives Israel-Premier Tech 200 valuable UCI points in their fight to maintain WorldTeam status for the next three years, although the situation of the Israeli team is still highly complicated.

The EF Edutaion Easy-Post also came out of the North American classic with a good haul of points, 202, thanks to the results of Powless, Piccolo and Simon Carr.

The race was marked by the early escape of 24 cyclists who opened an important gap over the peloton, which would end up throwing the towel in the chase work. In that group -in addition to the quintet that came out on top to play for the victory- were cyclists such as Nick Schultz, Quinn Simmons, Damien Howson or the Spanish David Lozano, from Team Novo Nordisk.

With the passing of the kilometers and the attacks, the escape was selected, entering the final 10 km with an outstanding quartet (Vanmarcke, Powless, Skujins and Zukowski) who would join Piccolo with 2.5 km to go to form the quintet that would play the victory to the sprint, in which Sep Vanmarcke raised his arms to give Israel-Premier Tech a joy.

Magnus Cort and Jenthe Biermans arrived 1’06” behind, and after them were other members of the breakaway, with David Lozano signing a creditable 12th place. The peloton would begin to reach the finish line, in small groups, more than six minutes away.

“Of course, I am very happy. Yeah, he was supposed to be working, and he was actually working because he was covering escapades. At one point, we were with three guys in the big breakaway,” said the winner of the 25-rider breakaway that came through in the first half hour. “We were supposed to work for Nizzolo, so at that point, he wasn’t in the middle of a breakaway, because he had a job to do.”

But, with half the race still to go, EF Education-EasyPost made an effort to split the escape and halved their numbers. “With 12 riders left it was clear we would stay away. So I did my flips like everyone else did. And yes, it was also my opportunity from that moment to get back in the points. And if I couldn’t win this race, I’d be up front enough to get to the final in the next few races too, so first of all I’m really happy.”

Vanmarcke hasn’t been the classic giant of previous years since he was part of EF in 2019, when he last won a race at the Bretagne Classic, and as well as suffering from the pandemic like everyone else, this year hit particularly hard. strong.

“It’s been a while since I’ve won a race. Already a few years ago he was always at the top of the game. And now, at 34 years old, it’s not so easy anymore with all the strongest young riders. So it’s very good to win the race again.

“On top of that, I also had quite a difficult year, because last winter I had a lot of knee problems. In the spring, I went from illness to illness and had to work hard to get back. I’m at a good level, but somehow it didn’t work out. I didn’t get great results, which was pretty frustrating.”

Even before the trip to North America, Vanmarcke struggled and missed one of his key objectives.

“Two weeks ago, I hurt my ribs in a race in Europe and I couldn’t start at Plouay in the Bretagne GP, which is an important race for me,” said Vanmarcke. “So I was disappointed, but I guess maybe the extra rest I had to take was good for me to prevail today in this Maryland Classic.