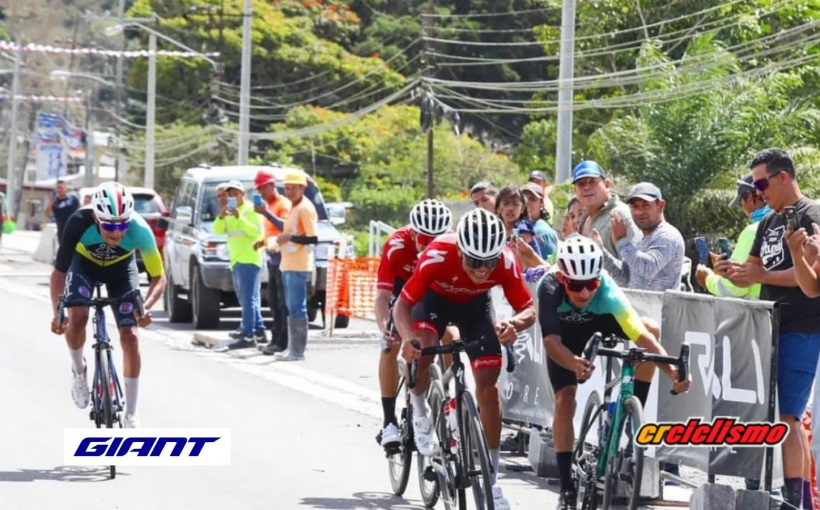 The Costa Rican Sergio Arias (Colono Bikestation) won the final sprint against the Colombians Marco Suesca and Juan Diego Alba, both from the Ciclo Express-Constructora Jaramillo team, in the second stage of the Tour of Chiriquí, with which he went on to command the classification single overall.

This Thursday’s stage included a total of 110 kilometers starting from the Municipality of Bugaba and ending in a volcano, with the first finish on a hill, where the local Franklin Archibold came out to defend his leader’s shirt.

From the beginning, the Colono-Bikestation was the protagonist, sending Jason Huertas on a break that helped him win the first two flying goals. Then Jason received the support of teammate Mainor Rojas who fled along with Cristopher Jurado from the Aeronaval Service.

These three cyclists faced the last 30 kilometers alone, where Jason Huertas felt in good rhythm and launched himself alone to win the mountain prize.

Once he went through the mountain prize, several runners came from behind, where Daniel Bonilla and Sergio Arias arrived representing Costa Rica, while the Colombians Marco Suesca and Juan Diego Alba were the hopes of the Panamanian teams after Archibold did not have a good promotion.

The final kilometers came, where Huertas was a great gregarious for Bonilla and Arias, who were going to fight for the stage and the lead. Sergio was faster and in a close sprint he beat Suesca with a time of 2:43:10, while Alba finished third and Daniel Bonilla fourth.

Arias, in addition to the victory, becomes the new leader since in the first stage he managed to gain a few seconds. For this Friday the third day is coming with a total of 137 km between David-Paso Canoas-La Esperanza-Paso Canoas-David.