Sergio Chumil is proclaimed champion U-23 in Copa Galicia 2022 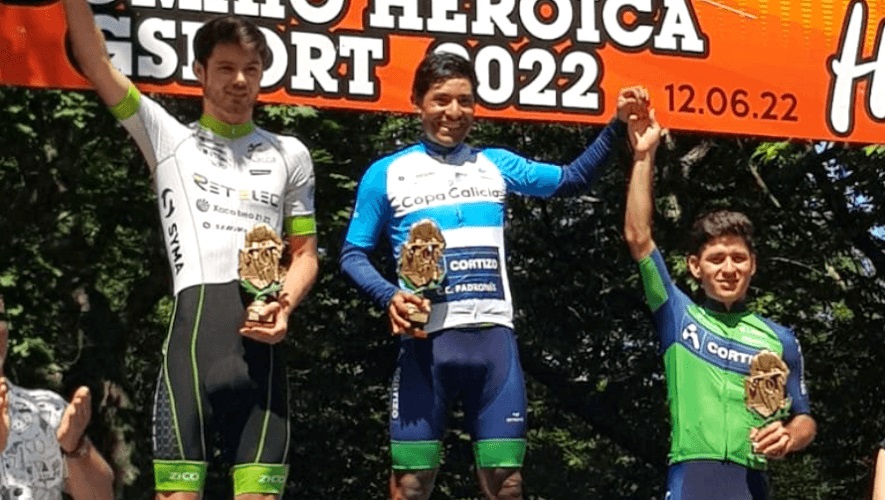 In a new chapter of his adventure in Spain, the Guatemalan Sergio Chumil ended his participation in the 2022 Galician Cycling Cup with a flourish by proclaiming himself the U-23 champion of the general classification.

The native of Tecpán, Chimaltenango, helped his team Eléctricos Cortizo live a weekend full of triumphs by dominating the two events that gave life to the Galicia Estrada Cup.

Chumil achieved another outstanding performance on the day this Sunday, when the Heroica GSport domain was played, initially it was over a distance of 120 kilometers, but it had to be modified and it was mostly on ascent terrain.

On this occasion, Sergio was one of the 21 cyclists who managed to finish the demanding test, out of the 75 who started. During the tour, the Guatemalan was a key piece for his teammate, Eric Fagúndez, to achieve his second consecutive victory.

As usual, Chumil showed his ability as a climber and even scored points in one of the mountain awards. After 64 kilometers disputed, Sergio crossed the finish line in 11th place, 2:36 minutes behind Fagúndez.

With this result, the Chimalteco assured the first place in the general classification of the sub-23 category, which he had achieved a day before in the Gran Premio Concello Do Porriño. On the podium, Sergio was joined by Chilean José Autran and his teammate, Colombian Jeison Ruano.

About the season of the Guatemalan cyclist

This is the fifth time that Sergio has been on the podium in his European adventure and adds to the triumph he obtained last weekend in Portugal, where he became the best amateur among the professionals who raced in the Classica Ribeiro da Silva. in Portugal.

He also adds a second place in the final of the Spanish Cup and a third in the GP of Arroyo de la Encomienda.