SEVILLA WINS THE CHRONO AND TAKES THE LEADERSHIP 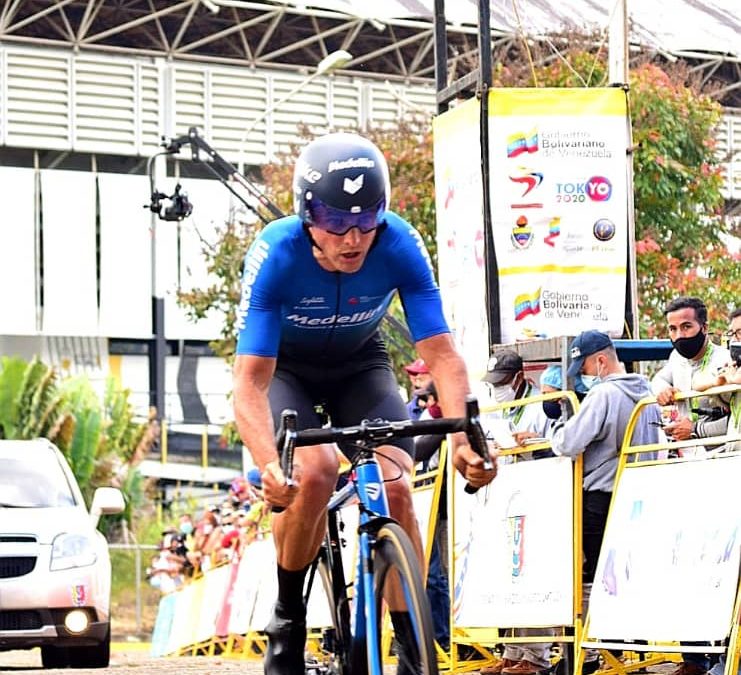 The Colombian Hispanic cyclist, Óscar Sevilla (Team Medellín) awarded the fourth stage of the Vuelta Grande de América, defeating Roniel Campos (Atlético Venezuela) in the chronometer test in a day of infarction between Táriba and the San Cristóbalad cióbalad.

With a time of 28’29 ”and after a superb performance, Seville makes a dream come true; running Vuelta al Táchira, turning the yellow jersey into the leader and obviously the defender, along with it has been possible to equip himself in the coming stages where high mountain terrain is present.

“A difficult stage, a very difficult climb, very hard, but happy to run and be the leader of the Vuelta al Táchira, this was my dream and I am fulfilling it, now we must defend the yellow, we are happy but we must be c come very difficult stages and we hope to be able to run them to the fullest ”, expressed Sevilla.

Similarly, Walter Vargas (Team Medellín) two-time Pan American champion (2016/2018), finished in second place, losing by ten seconds to his teammate Sevilla, in a demonstration of strength and team and individual work, to achieve the objectives in each competition where it participates.

The National Champion of the Crono, Carlos Galviz (Deportivo Táchira) managed to set a great time in the individual time trial 28’50 which for the moment made him the temporary leader of the competition.

But that joy did not last long, since a few minutes later the Colombian Walter Vargas (Team Medellín) left, achieving a time of 28’39 ”at the finish line, unseating Galviz from Tachira from the leadership and also claiming the leadership of the race for a few minutes, while Óscar Sevilla left, who since his departure in Táriba had the clock in favor.

On the other hand, the current champion of the Tour of Táchira; Roniel Campos (Atlético Venezuela), gallantly defended the yellow jersey, in a time trial that he faced with all his physical abilities in order to maintain the leadership of the competition, but the timer on this occasion defeated the native of Nirgua, as he finished the stage in tenth position, losing 1’59 to Sevilla.

Now the regional turn gets more exciting, three strong mountain stages are coming, the arrival at Pregonero, Casa del Padre and Cerro del Cristo Rey, so anything can happen in the next few days, for the moment Team Medellín must put everything at stake to defend the leadership of Seville, against its closest opponents.

This Thursday, January 21, the fifth stage of the Vuelta al Táchira will be held, between La Pedrera and Pregonero, 147.5 kilometers, a day containing seven intermediate prizes, (4 Sprints) and (3 Mountain Prizes of 2nd and 3rd Category) , it will be leaving at 10 am local time

All Results is here: