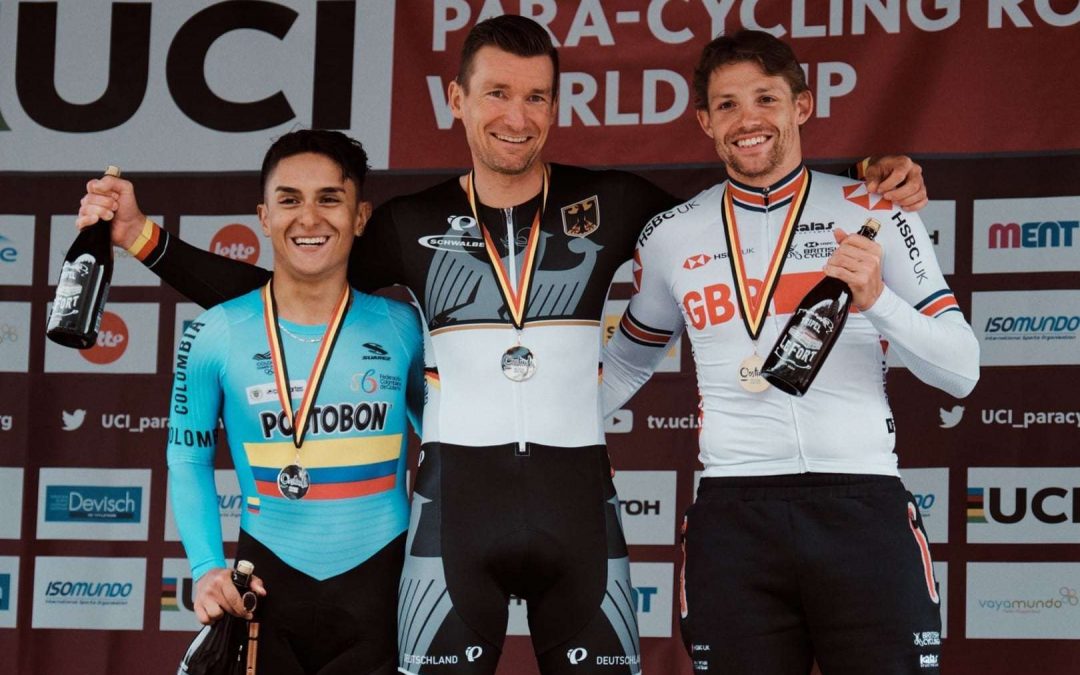 BOGOTÁ. Colombian cyclists Alejandro Perea and Diego Dueñas won their first medals during the second round of the UCI Paracycling Road World Cup 2019 in the Individual Time Trial on Friday afternoon (tomorrow in Colombia).

27 kilometers was the route taken by the national representatives of categories C2 and C4, excelling over world powers such as Ireland, New Zealand and France. “We continue to leave the name of our country in the places of privilege and preparing for Lima 2019 and Tokyo 2020,” said Dueñas from Belgium.

The Bogota-born player added two bronze medals in this European Tour of World Cups, the first in Italy and the second in Belgium, after winning the gold in the Scratch at the World Championship in Holland in March of this year.

For Perea it is his first medal in the route after obtaining the world track title in the kilometer. (Fedeciclismo Colombia)