Silver for Venezuela in the Olympic debut of BMX Freestyle 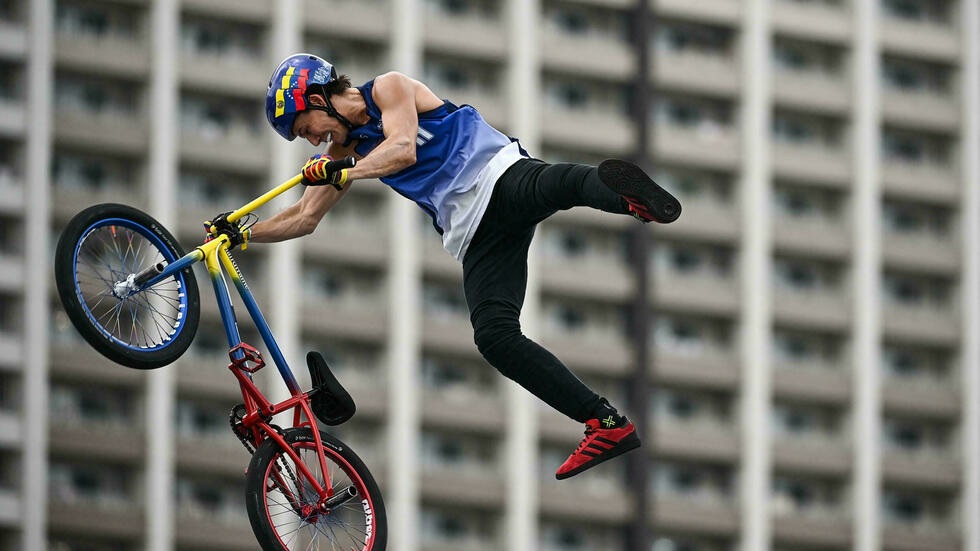 Venezuelan Daniel Dhers won the silver medal in BMX Freestyle cycling, a test that debuted at the Tokyo 2020 Olympic Games and in which Australian Logan Martin became the first Olympic champion.

The bronze went to the British Declan Brooks, while another representative of America, the Costa Rican Kenneth Tencio, who aspired to be the first male athlete to give an Olympic medal to his country, finished fourth to three tenths of the podium.

“It is very exciting to have a medal in some Games, but it has been extremely difficult, because it was putting everything I had learned in my career in 60 seconds,” said the Venezuelan.

The first Olympic BMX Freestyle final had a tremendous outcome and Logan finished with the best score of 93.30, by Dhers’s 92.05 and Bruce’s 90.80. Tencio obtained a better score of 90.50, which did not help him to get on the podium.

With spectacular exercise in the first ‘run’, he had already warned the day before that he was saving tricks for the final, the Venezuelan achieved a score of 90.10, only surpassed by the great favorite for gold, the Australian Logan Martin (93.30 ), while the Costa Rican Tencio finished 4th (84.20), at the foot of the podium.

In an exciting second run, Briton Declan Brooks, third after the first step, surpassed the Dhers score (with 90.80 points) and the next participant, Tencio, was placed on the provisional podium with 90.50.

Dhers, the oldest of all the participants and the only one to have been born in the 1980s (36 years old), executed a second exercise that earned him 92.05 points, securing the podium and, consequently, leaving the Costa Rican Tencio without a medal. .

The only one who could take the silver from the Venezuelan was the Japanese Rim Nakamura, but he stayed at 85.10 points in the second exercise and unleashed euphoria among the Venezuelan fans present in the stands.

“One thing I have is experience. I have been a professional since 2003 and I have already lived through all kinds of situations. I told myself that I was at the Olympic Games and that I did not have to skimp on any tricks, I am going to hit him with everything. It’s crazy because sometimes you doubt, but I had nothing to lose and everything to gain. He wanted to show me that he could, “explained Dhers after hanging the silver.

Surprise in the women’s final –

Before the women’s final had been played, in which the surprise jumped, since the great favorite, the American Hannah Roberts, triple world champion, was surpassed by the British Charlotte Worthington, with a second round that included an unprecedented trick in a female competition: a ‘Backflip 360º’, that is to say, a backflip with the bicycle turning in the air.

For that exercise, the British obtained 97.50 points, surpassing the 96.10 of Roberts, who after the medal ceremony appeared in the mixed zone with a splint that immobilized his right ankle and regretted that he had not been able to “give 100% “after falling in practice.

The Swiss Ducarroz completed the podium with an exercise of 89.20 points, while the Chilean Macarena Pérez Grasset, the only Latin American participant in the women’s event, finished eighth (out of 9 participants), for which she obtained a meritorious Olympic diploma.

The Chilean will always have the honor of having been, on Saturday, the first ‘rider’ to compete in the Olympic Games, since this spectacular discipline debuted in the Olympic program in Tokyo-2020.