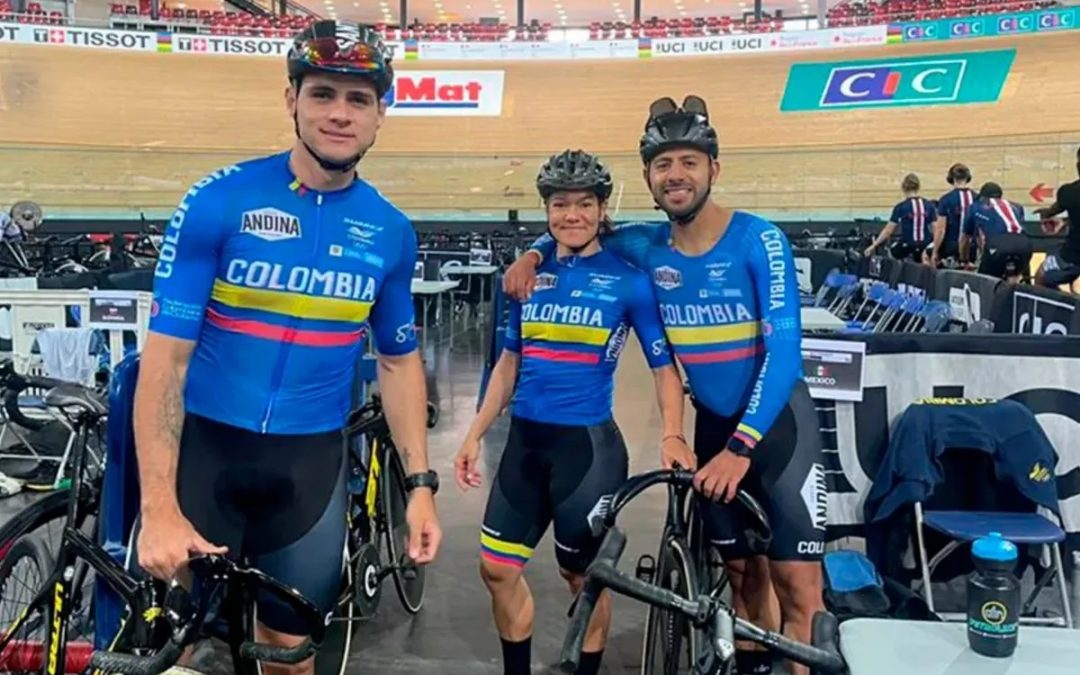 Between Wednesday 12 and Sunday 16 October, the national velodrome of Saint-Quentin-en-Yvelines, in France, will host cyclists from 51 countries who will be present at the World Track Championships, which will be held for the second consecutive year in Gallic territory, after the appointment of Roubaix 2021.

America focuses its greatest chances of medals on what the delegations of the United States, Canada and Colombia can do, the latter with six athletes from the Colombian Andean Track Team, under the orders of John Jaime González.

The national team arrived in French territory last Saturday and completed its first day of official training on Sunday, at the velodrome that saw Fernando Gaviria crowned omnium world champion in 2015.

On Wednesday, on the first day of the World Championship, Colombia will be debuting in the team speed with the trio formed by Quintero, Ramírez and Ortega, in the classifications that will take place from 6:30 in the afternoon, local time.

On Thursday the 13th, Martha Bayona will be competing in individual speed, while Quintero, Ramírez and Ortega will be in keirin, and Jordan Parra will do the same in elimination.

On Friday the 14th, the three male sprinters will compete in the kilometer, while Bayona would be in competition if she manages to qualify for the speed semifinals on Thursday.

On Saturday the 15th, Martha Bayona will be competing in the 500 meter time trial, while Kevin Santiago Quintero, Santiago Ramírez and Cristian Ortega will be present in the individual speed. That same day Juan Esteban Arango will be participating in the four tests of the omnium (scratch 10 km, tempo race 10 km, elimination and points test).

On Sunday, in the final day of the World Cup, Martha Bayona will be competing in the women’s keirin, while Quintero, Ramírez and Ortega will compete again if they advance to the speed semifinals.

It should be noted that the other members of the Colombian track cycling team are representing the country at the Asunción 2022 South American Games.