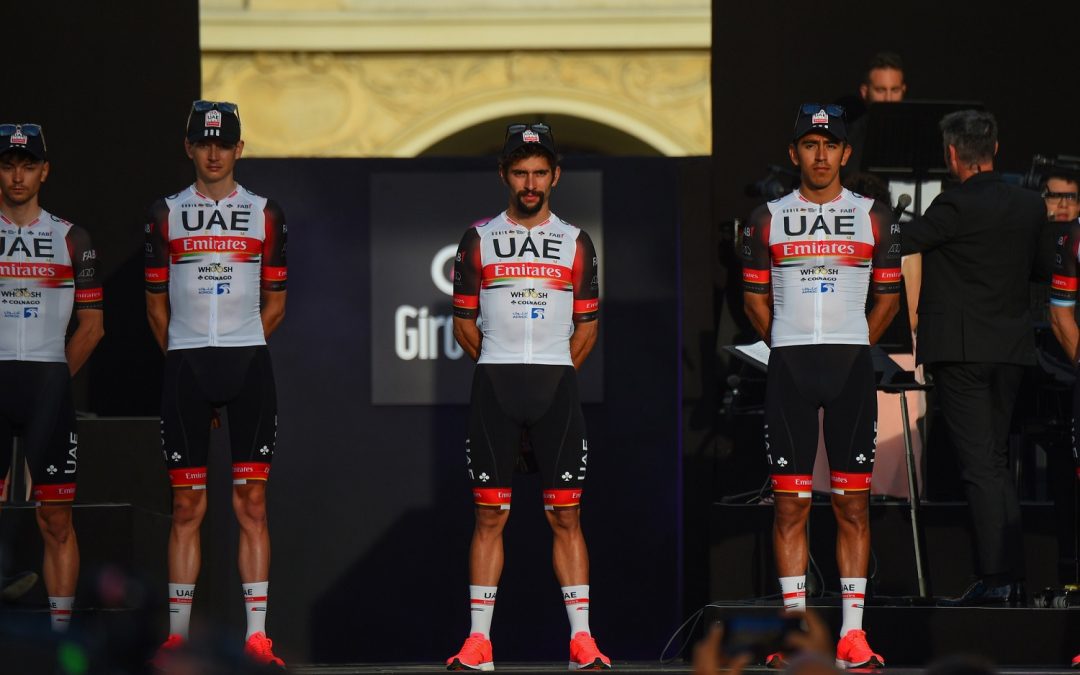 This Saturday, May 8, the 104th edition of the Giro d’Italia will start in Turin. Six Colombian riders will take the lead in the first three-week grand tour of the 2021 season, in which from their roles as leaders, luxury squires and partial triumph hunters, they will seek the leading role in each of the 21 stages to be played.

Despite being the great debutant in the ‘Corsa Rosa’, the stellar Colombian climber Egan Bernal is one of those called to dispute the Senza Fine Trophy. The 24-year-old runner who will put to the test the overcoming of his lumbar ailments, arrives in Turin with the title of the Tour de France 2019 as his main letter of introduction and the necessary investiture to be considered as a favorite to ascend to the top from the podium in Milan. In the Italian round, Bernal will be surrounded by a star INEOS Grenadiers who will seek to protect him in the final stages of the event.

The Zipaquireño who will officiate as the main head of the British team, has had a remarkable start to the season, in which results such as; third place at the Tour de La Provence, second place and leading role in the Laigueglia Trophy, before his resounding third place at Strade Bianche, which earned him praise and suggests that the best of his repertoire is yet to come. Before his return to the country, where he had been preparing in altitude for about a month, Egan participated in Tirreno Adriatico, an event in which he occupied the fourth place in the final general.

For the third year in a row, Fernando Gaviria will compete in the Giro d’Italia and will be the main line leader for UAE Team Emirates in this, the first three-week competition of the season. The rider who won the ‘Maglia Ciclamino’ in 2017, aims to look for his first win of the season and why not, to put on the shirt that distinguishes the leader of the points classification.

With 2,938 kilometers traveled in 18 days of competition, the La Ceja sprinter, who in 2017 won 4 stages in this test, is the Colombian who arrives with the longest distance traveled to the Giro. Gaviria, who comes from overcoming a scaphoid fracture in his left hand, suffered in the development of the E3 Saxo Bank Classic in Belgium on March 26, is the main card of the Emirati squad for the dispute of partial victories at the sprint.

The 2021 edition of the Italian round will be the sixth three-week competition for Daniel Martínez, a luxury card for the support of Egan Bernal, announced leader of the INEOS Grenadiers, in this event and a luxury alternative for the dispute for privileged positions in the ‘Corsa Rosa’.

The Cundinamarca who won stage 13 of the Tour de France the previous year, has only contested 12 days of racing and covered 1,681 kilometers in the 2021 season, due to a fall in the final stage of the UAE Tour, which limited him from competing some other tests that I had predicted. Martínez, who comes from showing great physical condition in the Tour of the Alps, where he finished in 13th position, will undoubtedly be a man to take into account in the British structure, given the enormous strength in the time trial events.

The enormous progression and talent exhibited by the Colombian climber Einer Rubio since his appearance the previous year in the WT, make the Boyacense one of the key men on the mountain for the Movistar Team, a squad that aims to challenge him for privileged positions with Marc Soler.

The 23-year-old cyclist who in 2020 was sixth in the penultimate stage of the Giro, comes from being a key man in the gear of the telephone group in Coppie Bartali and the Tour of the Basque Country, tests in which he contributed from his work as a gregarious to the leaders of your team. Rubio, who was a great protagonist recently in the Vuelta a Asturias, -competition in which he ranked fifth-, is one of the young figures with projection that the Iberian squad will have in the pink jersey race.

As the second great letter from Astana Premier Tech in the search for privileged positions, Harold Tejada arrives at the Giro. The 24-year-old rider from Huila who in his first season in the top flight left a great impression with his talent and this time, with a longer run, he hopes to bring a good result to his team.

With 1,674 kilometers traveled, Sebastián Molano is the Colombian rider who arrives with the lowest competitive mileage at the Giro. The Boyacense who was third in the penultimate stage of the Tour of Catalonia, -his best result of him in the current season- will be one of the key pieces for Fernando Gaviria in the massive arrivals.

The UAE Team Emirates rider began his season at the Almería Classic, where he occupied the 45th box, prior to a good performance at the Danilith Nokere Koerse in Belgium. Without finding his fortune in the Bredene Koksijde Classic and the Miguel Induráin GP, the last competition he played prior to his return to Colombia to adjust his preparation process in height. The paipano who was fourth in the sixth stage of the 2020 Giro, could also have opportunities for his team to seek glory.