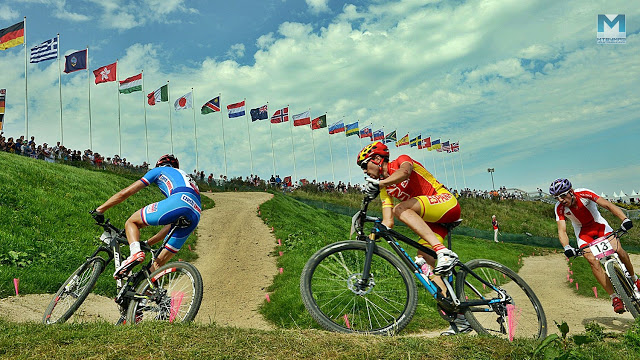 The International Cycling Union (UCI) made official the Olympic classifications for the Mountain Bike modality of the upcoming event in Tokío, where America will be represented by six nations (5 among men and 6 among women), with great aspirations of podiums.

The 38 places distributed by quotas established that among women our representatives will be Brazil (2), Canada (1), United States (1), Mexico (1) and Chile (2); while in the men’s sector eight of the quotas will have corridors from the American continent: United States (3), Canada (2), Argentina (1), Brazil (1) and Mexico (1).

Mountain Bike is an Olympic sport that is also known by the acronym MTB. This modality has been present in six editions of the Olympic Games, that is, since Atlanta 1996 and is governed by UCI regulations.

Up to the 2016 Rio de Janeiro competition, 51 countries have participated, 49 in the male category and 38 in the female category. The first Olympic champions were the Dutch Bart Brentjens and the Italian Paola Pezzo.

The countries with the most medals in the five rings event are France (4-1-1) and Switzerland (1-3-2). Despite being a relatively young modality and dominated by Europe, a total of 16 nations have ever been on the podium, and of them Canada has been the only one for America with two silver and one bronze.

The male runner with the most medals is the Swiss Nino Schurter who has 3 Olympic medals (1-1-1); while German Sabine Spitz stands out with the same number. The French Julien Absalon and the Italian Paola Pezzo are the ones who have won the most golds after having gone up twice to receive the gold medals.

With this classification of Mountain Bike, it only remains to publicize the tickets on the BMX, since the route and the track already have names, surnames and nations ready to compete in the Japanese capital. </p>