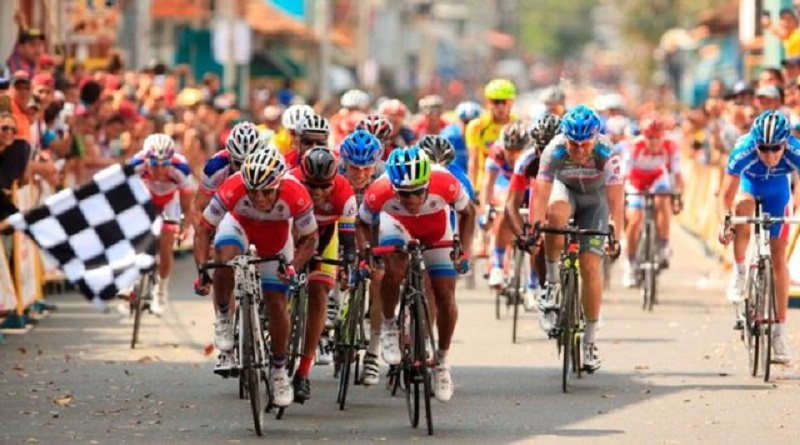 With the confirmation of the Colombian teams Orgullo Paisa and Team Saavedra Arroz Gelvez, there were six international sextets that will participate from January 16 to 23, 2022 in the 57th edition of the Tour of Táchira, in Venezuela, which will be run under the most strict biomedical controls as part of the preventive strategies of COVID-19.

According to information released by the organizers, the other four international teams that had already ratified their presence are the Italian squad Drone Hopper Androni, the Netherlands Global Cycling team, the Team Corratec America of the Dominican Republic, and the national team of Guadeloupe.

The route scheduled for this edition promises great emotions, even more so with four high mountain arrivals that will measure the level of demand of the native and international beetles present, reported sports media.

The departure of the tachirense turn will be in a circuit on the border between Colombia and Venezuela and the final competition will take place in another conformed in the avenues España and 19 de Abril.

As for the first stage, it is planned that it will be held on Sunday, January 16, in a circuit on the border, which could be binational: starting in Cúcuta (Colombia) to reach San Antonio (Táchira) and vice versa, for about 15 bypasses. However, if an agreement is not reached with the Colombian authorities, the route would be between Ureña, Tienditas, Palotal and San Antonio.

The second stage will be on Monday, January 17 from Santa Ana with the end in Santa Bárbara de Barinas. On Tuesday the third stage will start at the Los Almendros farm with arrival at the monument of Cristo Redentor de Capacho, which will be the first encounter with the mountain; and the fourth stage will depart from San Félix and will culminate at the Jáuregui de La Grita Military High School.

Then follows the fifth stage on a flat terrain circuit in La Fría. The sixth stage will be a time trial in San Cristóbal. For Saturday, in the penultimate stage, there will be a short circuit in Rubio and then reach San Cristóbal, Táriba, Palmira and 23 kilometers up until the end at the Casa del Padre.

Finally, at the closing, the circuit of the avenues España and 19 de Abril will be traveled.

The organizers of the event estimate a participation of more than 100 cyclists representing the best teams in Venezuela and six international teams, the latter figure that could increase if there were more interest from some clubs to which an invitation was extended.