Six stages of the Tour: Urán and Carapaz among the top ten 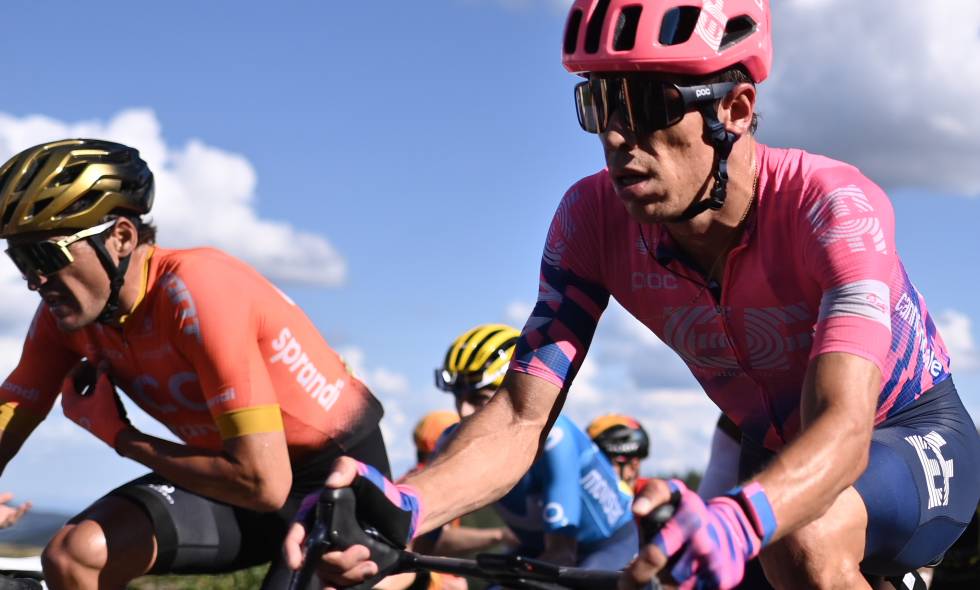 Mark Cavendish (Deceuninck Quick Step) obtained this Thursday a stupendous sprint victory in the sixth stage of the Tour de France, in which America continues to have the Colombian Rigoberto Urán (EF Education Nippo) and the Ecuadorian Richard Carapaz (Ineos-Grenadiers) as the best placed in the individual general with positions seven and ten, respectively.

The sixth segment, contested between Tours and Châteauroux over a distance of 160 kilometers, was a classic ride for sprinters and did not affect the race leader, Mathieu van der Poel (Alpecin Fenix), who will start dressed as a leader this Friday for the dispute of the seventh fraction.

Just two partial victories away from Eddy Merckx’s seemingly unbeatable record – 34 Tour de France stage wins – was the sensational British sprinter Mark Cavendish, who thus obtained his second partial success in the French round of 2021, as he imposed in the fourth section.

The runner stressed the importance of knowing the arrival point. “It has been 13 years since I last won here, and it is very special to experience this again. I have won today in the same way that I did years and in fact it has been very helpful to know the finish line ”.

The close chance of breaking Merckx’s record of 34 wins is not paramount for the Briton. Eddy Merckx’s record for stage wins? Do not mention it! I don’t think about any of that. I just want to win stages in this Tour de France. If it gives me 50 more to target, great. If this is my last victory, that’s fine. “

The day only saw a big break from Greg van Avermaet and Roger Kluge, thanks to the remarkable control work of the Deceuninck Quick Step, Bahrain Victorious and Team DSM teams. However, once caught, nervousness, the fight for position and high tension grew in the group, especially in the final two kilometers, in search of the best position to fight for victory.

Without setbacks, Urán and Carapaz kept floating in the peloton and maintained the positions they had achieved the day before in the first time trial. Likewise, Nairo Quintana (Team Arkéa Samsic) retained his 18th seat, while Sergio Higuita (EF Education Nippo) also preserved being in the top 20 at 3:06 behind the race leader.

The other Latino riders, Colombians Esteban Chaves (Team BikeExchange), Sergio Henao (Team Qhubeka NextHash) and Miguel Ángel López (Movistar Team) are a little further behind on steps 22, 24 and 35, respectively, within the 177 riders that are still in competition.

The longest stage of the 2021 Tour will be held this Friday over a distance of 249 kilometers between Vierzon and Le Creusot. Day with passage through a second-class port, two third-class and two more fourth-class, the last of them located eight kilometers from the arrival.