Soto won the fifth stage, but Alonso continues to dominate the Tour of Uruguay 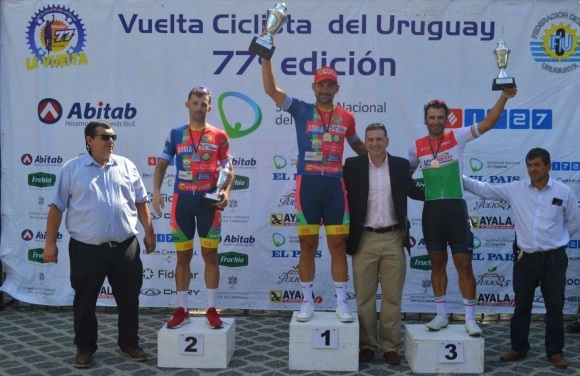 Another dream day for the Ciudad del Plata Club that prevails in the 77th edition of the Tour of Uruguay. One of its riders, Jorge Soto, who had already won the third stage, won yesterday on the day that began the second half of the competition.

The fifth stage was extensive, joining Melo with the city of Tacuarembo on a 198.9 kilometer route that the man from Salta managed to complete in 2 hours, 40 minutes and 21 seconds.

The cast from La Plata leads the team classification and its cyclist, Agustín Alonso, (tenth in the fifth stage), is at the top of the general classification. Alonso put on the gold mesh in the third stage and since that day he has not let go of it, nor does he seem to have any intention of doing so. He is escorted by Fernando Méndez from San Antonio, Florida and Pablo Troncoso from the Fénix Cycling Club.

The peloton will start pedaling today in Tacuarembó bound for Paysandú. In this opportunity the cyclists will have to travel 190 kilometers.

Once this journey is finished, there will be four stages: Paysandú-Mercedes, will be the seventh and the eighth will begin this Friday with a time trial that will start at Ombúes de Lavalle; in the afternoon they will cycle to Trinidad.

The penultimate stage will begin in Andresito on the way to Durazno, the last department before returning to the capital, where the Montevideo City Hall will receive the winner. In total there will be 1,627 kilometers.