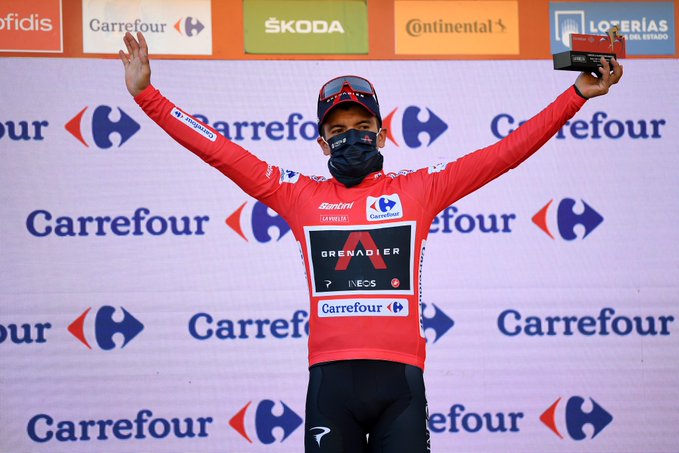 The stage at Alto de l’Angliru did not disappoint. The favorites to win the competition provided a show and the British Hugh Carthy took the victory with a time of three hours, eight minutes and 20 seconds. Richard Carapaz took advantage again and is the new leader of the general classification. The Tour of Spain is getting more and more exciting. Stage 12 again suffered a turnaround in the general classification and the Ecuadorian Richard Carapaz takes the podium again with the red leader’s jersey. El Alto de l’Angliru did not disappoint. The favorites battled in the last kilometers, but the strongest was the British Hugh Carthy, from EF Pro Cycling, who took the victory.

Richard Carapaz tried to win, attacked with two kilometers to go to reach the goal, but could not stay with the victory. However, he crossed the finish line in fourth place (16 seconds behind the winner) and regained first place in the general classification). The Carchense once again showed his solvency in the mountains and was one of the protagonists of the day. The ‘Locomotive’ reached the final port alone, but managed to deduct 10 seconds from Roglic.

The peloton traveled compactly until the start of the ascent to Alto de l’Angliru, the most difficult pass of the stage. There, the favorites set the pace, led by the work done by the Jumbo-Visma. Richard Carapaz had the company of Chris Froome, who did an important job. The British even tried an acceleration in the penultimate port, taking the Carchense at the head of the peloton. However, Froome was unable to keep up with the race leaders and ultimately stayed on the final climb.