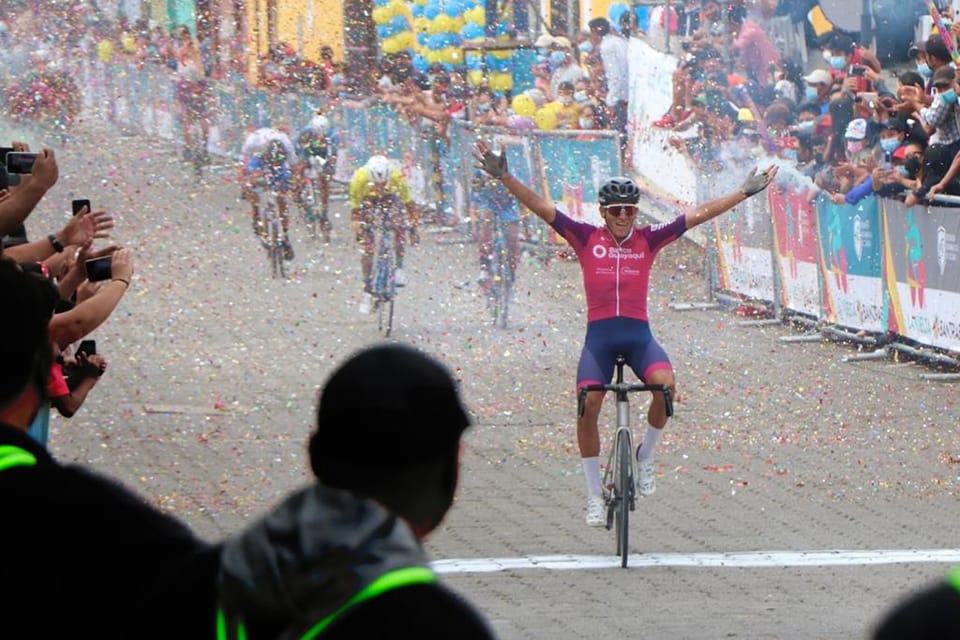 The Ecuadorian cyclist Steven Haro surprised everyone and attacked at the right time to cross the finish line set in Ciudad Vieja, in the department of Sacatepéquez, alone, a heart attack in the second stage of the Vuelta del Bicentenario in Guatemala, the longest of all fair.

The member of the Banco Guayaquil team stopped the stopwatches at 03:16:45 hours and a rain of confetti fell on the rider, who felt excited to give this stage to his team, a total of 135.6 kilometers with a starting point in Magdalena Milpas Altas, Sacatepéquez.

However, the leadership is still in the hands of Colombian Aldemar Reyes, from the Medellín team, who did not stand out throughout the course, but by the end he entered second position, with which he maintains first place in the individual general classification.

Meanwhile, four of the six intermediate prizes went to the feet of four Guatemalans. Dorian Monterroso (Decorabaños) won the flying goals and got the leading sweater in this specialty, held yesterday by his compatriot Esdras Morales, (Hino-one), now in second place.

In the mountain awards, Rony Julaljuj (Optics Deluxe) stood out, who surprised by taking two of the three in dispute, although the leadership of best climber is still held by Reyes.

This Friday is the turn of the so-called queen stage, considered the most demanding with a total of 133 kilometers. The multicolored caravan will depart from Santa Lucía Cotzumalguapa and will end at Cerro el Baúl, Quetzaltenango.

The so-called Vuelta del Bicentenario or Bantrab has the participation of 16 national and international teams, 92 cyclists (three less than yesterday) and five routes through different departments of the country.