Steven Haro is the champion of the Tour of Ecuador 2021 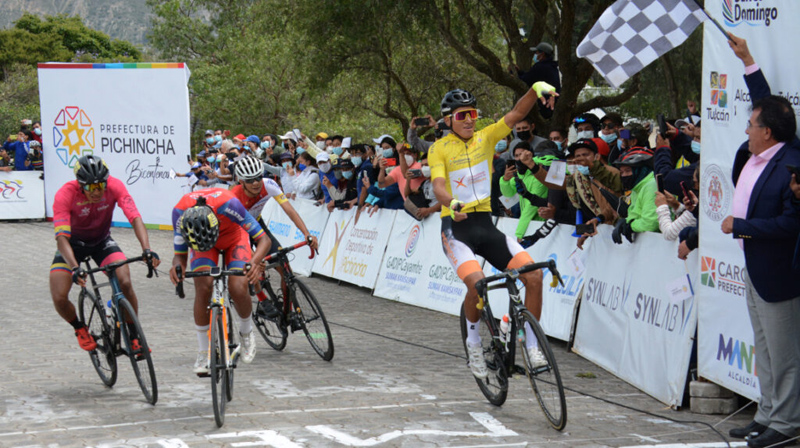 There were no surprises in the last stage the Tour of Ecuador 2021 and 23-year-old rider Steven Haro (Team Pichincha) was able to maintain the advantage in the general classification to take the champion title, for the first time in his professional career.

Steven Haro had no difficulties in the final stage of the Tour of Ecuador and took the title, despite finishing seventh in the eighth segment. The Team Pichincha rider was the most solid throughout the competition and became the first from Mexico to win the most important cycling competition in the country.

The winner of the last day was Bryan Obando (Eagles Bikes), who was the fastest in the packaging and surpassed Lenin Montenegro, who finished second, and Byron Guama, both from the same Best PC Ecuador team.

“I am consolidating myself as a runner of important laps. I have learned a lot from racing in Europe and now to continue working to meet my goals. Many thanks to all the Imbabura fans, ”said Haro at the awards ceremony on the last day.

The rider from Urcuquí was the strongest and most consistent throughout the Tour. But he gave the great blow in the queen stage that he crowned in Tulcán. The 23-year-old rider took advantage of the work of the Best PC very well and took the advantage to win the stage and take over the general standings.

In Stage 7, Haro defended himself tooth and nail and was able to maintain the advantage, which at some point was already being traced by Anderson Paredes from the Best PC.

After being crowned champion, Steven Haro assured that next year he will run the Tour of San Luis and the Tour of San Juan, although he did not clarify with which team he will participate in these competitions.

On this last day, Haro had the support of his family and friends. Some of them, like his parents, sisters and nephews, came from Ibarra. They were dressed in blue t-shirts with the phrase Steven Haro urcuquireño pride.

In the end, he assured that the victory feels like a rematch and that his family has been his main support in the sport. In the support group there was Rosa Criollo, his mother, whose tears fell when she spoke about “the ñeque and claw that she has always had. I’m happy because I’ve seen him happy, “said the visibly moved woman.

Haro won the race for Team Pichincha, on a black and green bike. “They are my family, they have seen me pedaling since I was eight years old,” said the new champion of the Tour of Ecuador, who has been called “mijín” for about seven years when a nephew of his could not mention his name and told him “Mijín, mijín”.

These were the leaders of the shirts at the end of the Vuelta: