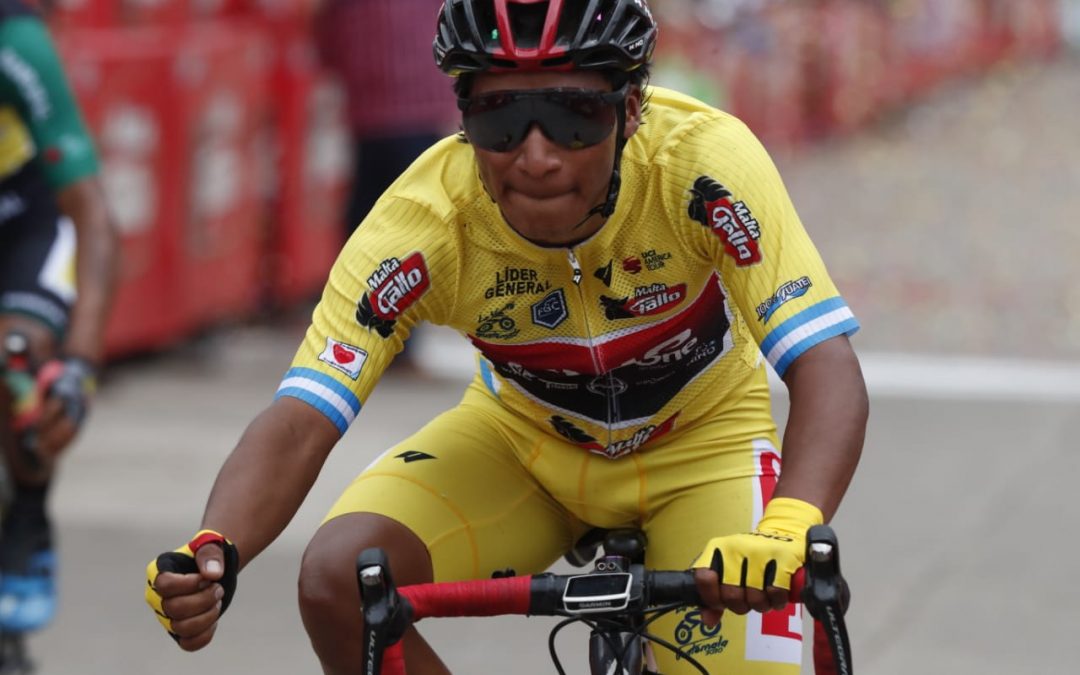 José Mardoqueo Vásquez Vásquez, 25, the pride of Chuatroj, Totonicapán, returned to make an epic journey. Not only did he win the stage, but he is also the individual general leader of the 60th Vuelta a Guatemala and caresses the title, the first in its history, when there are only three stages to go. He finished the stage in 2 hours 57 minutes and 58 seconds. He also extended the gap with his closest pursuer to 5 minutes.

He gave a coup of authority in this stage, mostly high mountains, which left from Tejutla, San Marcos and arrived after noon this Thursday, October 29, to Santa Catarina Ixtahuacán, Sololá. He will continue with the yellow jersey and also continues to lead in the mountain prizes with 45 points.

Vasquez, since leaving Tejutla, has positioned himself among the top positions.

He had to defend the difference of 4 minutes and 8 seconds from his closest pursuer, the Colombian, Santiago Ordóñez, who runs for Canel’s Pro Cycling de México. In the end, the effort in sections of San Antonio Sacatepéquez, San Marcos; Palestina de Los Altos, Quetzaltenango; and the summit of Alaska, between Totonicapán and Sololá, gave him the victory.

Vásquez’s spectacular climb began when they went through the last flying goal in the Paxtocá canton, San Cristóbal Totonicapán. From there and joining the Inter-American route to begin the ascent to the Alaska summit, those who had led some escapes began to stay on the road. Celso Ajpacajá, who had made all the expenses on the stage, stayed, like Byron Guamá, the Ecuadorian.

One by one of those who wanted to take the leadership away from Mardoqueo Vásquez, he stayed behind and the “Super Mardo” pedaled with all his might to keep up the pace until he reached the finish line in Santa Catarina Ixtahuacán. There, thousands of people were waiting for him, who with giant kites and ornaments in the streets celebrated what could be the sentence to keep the 60th edition of the Tour of Guatemala.

It is the second stage achieved in the 60th edition of the national tour. The first one went to the Queen Stage, both of high mountains in which he showed that he is an excellent climber.

After the seventh stage, the leader of the flying goals is the Mexican, Ignacio de Jesús Prado Juárez, from Canel’s Pro Cycling, with 27 points; followed by Cristian David Pita Bolaños, from Ecuador Team Best PC; with 23; and Brayan Ríos, from the Quiché-India Quiché Association, with 18. The mountain is led by Mardoqueo Vásquez, with 45 points; He is followed by Francisco González, from Decorabaños, with 41 and Celso Agustín Ajpacajá, with 38.