“Supermán” López abandoned the Giro d’Italia in the fourth stage 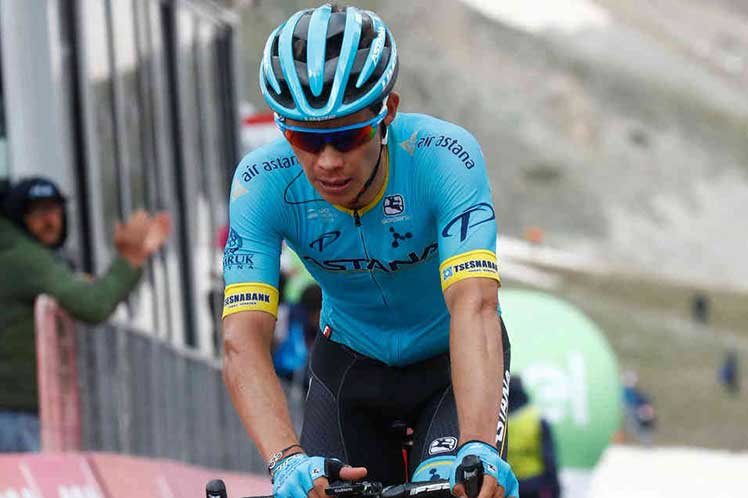 The Colombian cyclist Miguel Ángel López withdrew from the Giro d’Italia due to a hip injury, after being involved in a fall in the first kilometers of the fourth stage, won by the German Lennard Kämna (Bora-Hansgrohe), who won the hand by hand to the Spanish Juan Pedro López (Trek-Segafredo).

“Supermán” López, from the Kazakh team Astana, had suffered an injury to his left hip for the last few days, the club added in a statement. “Our first diagnosis is an inflammation of the left quadriceps tendon caused by a probable overload or an old injury,” said Emilio Magni, team doctor.

The cyclist, who appeared in 34th place in the general classification, later declared that he came “with a discomfort that could not be recovered” and that he will return stronger “to give his best.”

“I did my best to continue, but such is life and cycling. I will return recovered to give my best, to the team the best energy to continue in the battle”, the runner wrote on his social networks.

The second place in the general classification, the British Simon Yates, was also involved in the massive fall of this fourth segment, although the European was able to continue on the road after receiving assistance from the medical car.

In the absence of knowing more details of the Colombian’s injury, the Astana team will share in the next few hours more details about what happened with the Boyacá runner, what we know is that the Colombian had discomfort from the first stages in Hungary.