“Supermán” López will defend the title in the Tour of Andalucia 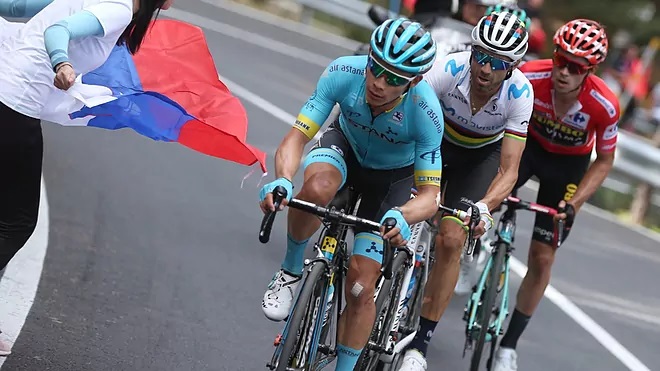 The Colombian Miguel Ángel ‘Supermán’ López will defend his title in the 68th edition of the Vuelta Ciclista a Andalucía-Ruta del Sol, which will be held from February 16 to 20 with departure in Ubrique (Cádiz) and final in Chiclana de Segura (Jaén ), so it will have the number one and, in addition, it will be the image of your poster.

The general director of the event, Joaquín Cuevas, confirmed the presence of Supermán López, the current winner of the Andalucian round and “an excellent runner”, in whose record stand out two third places in the 2018 Giro and Vuelta a España, and the title of champion of the Tour del Porvenir in 2014.

“For us it is an honor that the 2021 winner is back in the 68th edition, which is spectacular with the presence of great riders. We already have Alejandro Valverde and Supermán López, who are two great stars of world cycling, but they are going to be more prestigious cyclists, “said Cuevas.

Born 27 years ago in Pesca (department of Boyacá), he won the title last year with the Movistar team and in this he will race with Astana. In the last edition, Miguel Ángel López was proclaimed champion of the Vuelta a Andalucía with 20 seconds difference over the Dutch Antwan Tolhoek, of the Jumbo-Visma, and with more than a minute over the Spanish Julen Amezqueta, of the Caja Rural group.

In addition, the Colombian won the third stage, with a route of 176.9 kilometers between Beas de Segura and Villarrodrigo, in the province of Jaén, and from there he became leader of the test.