“SUPERMAN” LÓPEZ WINS STAGE 17 OF THE TOUR OF FRANCE 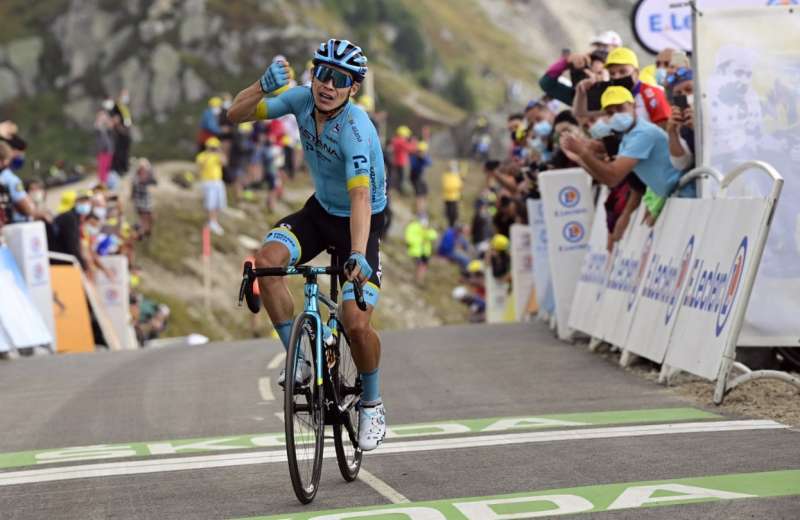 The stage, for some the queen of this year’s edition, was important because the high finish made the legs hard and some of the favorites lost their step.

The start of the stage was, as always, with a high pace.

The first attacks on the lot were presented, escape attempts by runners who wanted to seek victory from afar.

And in the end the escape paid off, it was made up of Ríchard Carapaz, Julian Alaphilippe, Izagirre, Lennard Kämna and Dan Martin, who came to have more than four minutes of advantage.

Once the Madeleine began to climb, the batch had reduced the difference and put it at 3:30, a group in which Mikel Landa’s Bahrain took on the responsibility of setting the pace. Nairo Quintana, who said before the stage that he was not feeling well, took off Roglic’s lot, losing time, because he has not recovered from the blows of the falls. At 25 km from the finish line, the three leaders separated the main lot for 2 min 15 s.

Nairo, at that point, gave up 10 minutes, saying goodbye to the option of being in the top 10 overall. In the absence of 10 km, the leaders were Carapaz and Gorka Izagirre, Alaphilippe lost the step and Nairo gave 11 minutes. Carapaz, with 9 km to go, released Izagirre and advanced alone, while Bahrain was in command of the main group.

López left with Kuss 3 km from the finish line. Pogacar suffers and Roglic endured. The Colombian is going for the stage victory, but Roglic was coming from behind.

The end was a heart attack. López won the stage, on his Tour debut, Colombia’s 22nd victory in the history of the competition.