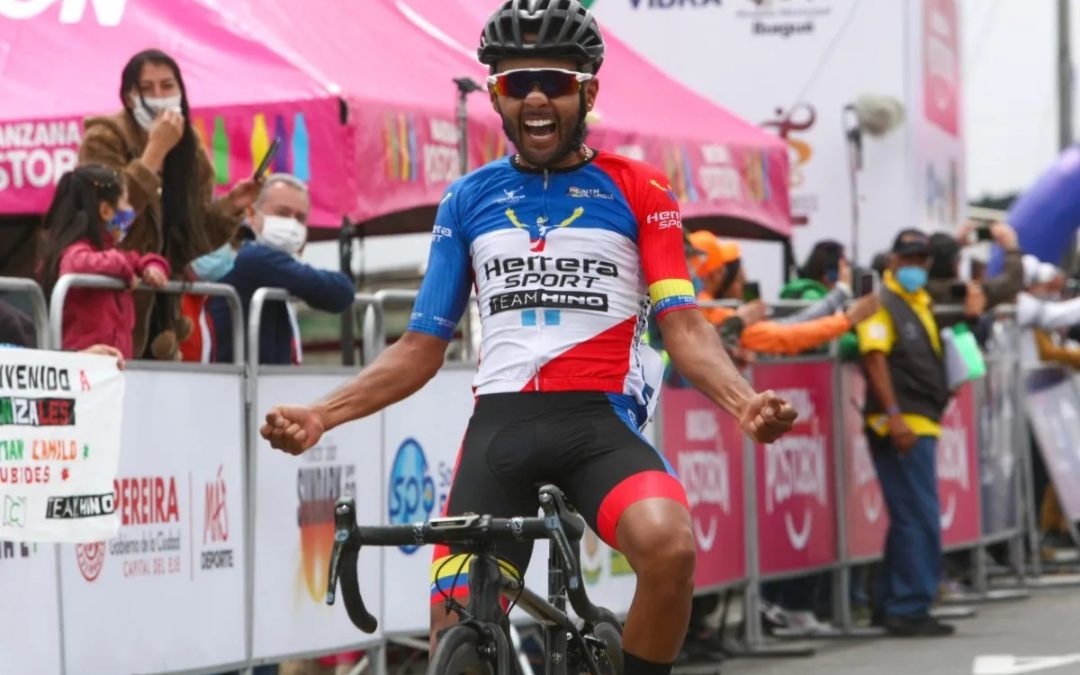 With the favorites surprised, Dubán Bobadilla (Team Herrera Sport) took advantage and prevailed in the fourth stage of the Clásico RCN Andina disputed between Pereira and Alto de Letras over 84.4 kilometers and which also left a new leader also in the individual general classification: Wilson Peña (Colombia Land of Athletes GW Shimano)

Bobadilla achieved his first victory in this edition of the Duel of the Titans, with brilliant action with six kilometers left in the out-of-category climb. On his side, Wilson took the lead with his second seat in this segment, after releasing his direct rival Fabio Duarte ((Team Medellín EPM) at the end of the fraction.

On the journey to Alto de Letras, the breakaway maintained an advantage of less than two minutes with the big batch. Going down the first ramps to the out-of-category prize, the escape was controlled. However, Fabio Duarte again broke the calm and attacked, ending the peace in the leading lot with multiple attacks between the favorites, in which Dubán Bobadilla (Team Herrera Sport) would be the strongest to take the victory alone.

The new leader of the contest, the Zipaquirean cyclist Wilson Peña told the press after the award. “Very happy, very happy for this new leadership, for all the team’s performance during what has been these first days of the race. Very motivated to continue giving the best of us. We have been growing, improving in recent months ”.

Likewise, the cundinamarqués rider praised the work of his coaches and the great work of his colleagues who have been standing out and leading several classifications. “Our directors have guided us, they have given us the best strategies and well this is the result, we have the U-23 leadership, the leadership of the flying goals with Oscar and the leadership of the race,” added the runner from Colombia Tierra de Athletes GW Shimano

Peña, will have to face another high final on Wednesday, which promises another battle between the roosters of the general classification, in which he hopes to have a good performance and continue to be the protagonist of the ‘Duel of the Titans‘. “There is still a lot of mountain, there is a lot of Classic ahead, but we are focused and very motivated to continue giving our best,” concluded the Zipaquirá rider.

This Wednesday, October 27, the fifth stage of the 60th edition of the Duelo de Titanes will be held, which will take Honda riders to Murillo over 104.1 kilometers, with another high finish.