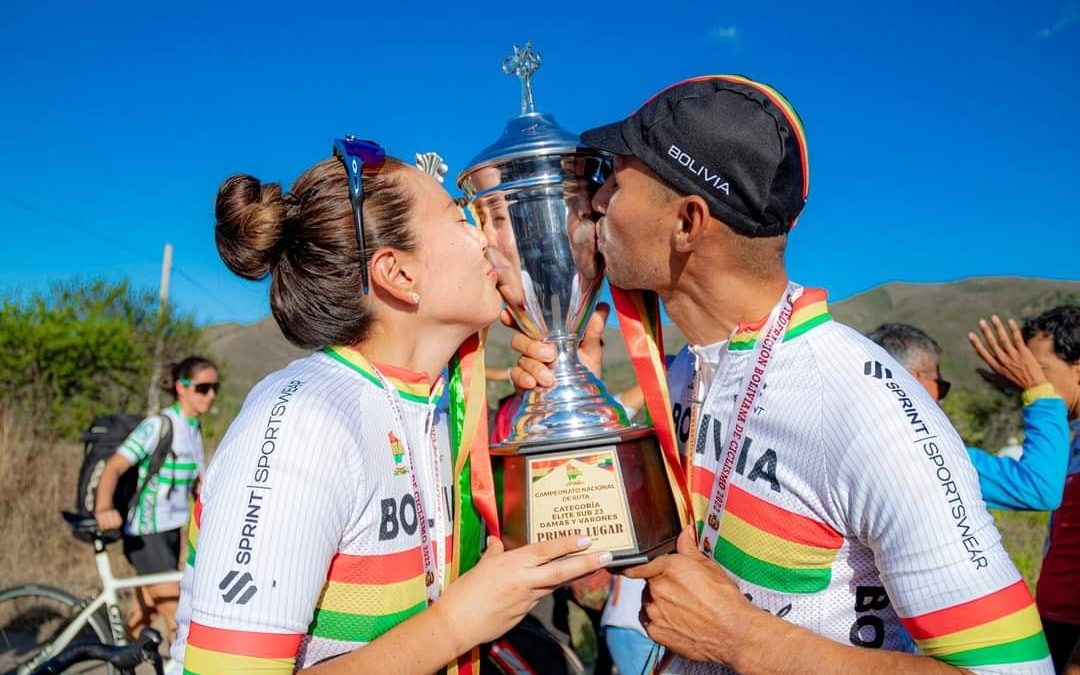 With the triumphs of the cyclists Elizabeth Vásquez, David Rojas and Mauricio Cardozo in the Sub-23 and Elite, Tarija managed to be crowned champion of the National Road Championship, which was held this weekend with the long-distance test in the Tarija community of Tolomosa.

On the last day of competition, Cochabamba started ahead in the general classification with three gold medals, but Tarija moved to the forefront with the victory of Vásquez, Rojas and Cardozo within the 20-kilometer circuit.

The Tarija celebration was accompanied by four gold and four silver medals, dropping Cochabamba to second place with three gold, two silver and four bronze. Chuquisaca stepped on the third place with a gold and a silver. Potosí was fourth (one silver and two bronzes) and Santa Cruz fifth with two bronzes. Beni and La Paz returned without medals.

Rojas won gold in the Elite category (140 km) with a time of 3h 14’23 “, the Tarijeño made an effort to leave behind his teammate, Horacio Gallardo, and leave Robin Ortiz from Santa Cruz as third.

Tarija made a double in Elite, because Vásquez was the winner in the women’s section with 2h 36’11”, facing the Cochabamba representation and leaving Miriam Muñez and Emily Mejia (both from Cochambamba) as her escorts after 80 kilometers of travel .

In the U23 for men, the title was won by Mauricio Cardozo, followed by his peer José Aramayo (Tarija) and Edwin Moyata (Potosí) closed the podium. Among the U23 ladies, Caballero from Chuquisaca won, followed by Fernández (Tarija) and Castro (Santa Cruz).