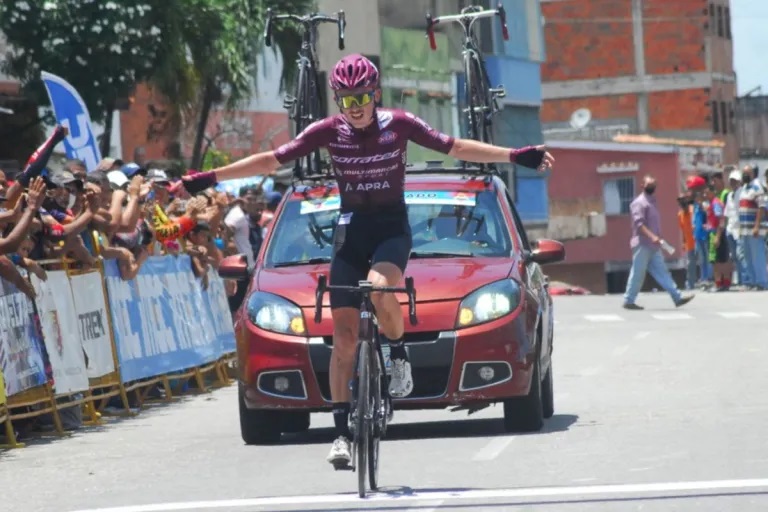 Foreign cyclists maintained the winning streak in the Vuelta a Venezuela 2022, because this time it was the turn of Team Corratec from Italy, with the victory of Serbian Veljko Stojnic in the sixth stage; while the Venezuelan Luis Gómez (Team Carabobo Hernández Foundation) kept the yellow jersey of leader of the tour.

Stojnic took advantage of his escape in the last two laps of the circuit in San Felipe (Yaracuy) to claim victory with a time of 2 hours, 57 minutes and 45 seconds, escorted by his teammate Rajovic (17″) and the local Enríquez Díaz (17″) closed the podium. Andean Pride) at 18″.

The 131.4-kilometre section traveled was divided into 16 ring roads of 7.1 km. After a first reconnaissance lap, Leomar Briceño (Ciclocorse-Meditrom-Adisp) and Juan Sarmiento escaped and made the one-two in the first sprint.

Cristhian Lata (William García-Amadeus) took the third emotion (ninth ring road), escorted by Yaguaro and Arocha, who remained in front of a small batch of nine runners, where the second in the general classification, the one born in Nirgua, was Cesar Sanabria.

The fourth sprint (12th lap) was won by Serbian Dusan Rajovic (Team Corratec Italia) and Sanabria gained two seconds, which placed him at that time as temporary leader of the Creole tour; while third passed Yaguaro.

The lot hunted down the escapees, but another Serb at the service of Italy, Veljko Stojnic took command with two laps to go, to stay until the end and pass the finish line with reverence for the San Felipe fans.

In this sixth stage, a minute of applause was given to sports journalist Elvins Humberto González, after his physical disappearance yesterday, Thursday, July 28.

The riders at the starting line, Eliezer Rojas, president of the Venezuelan Cycling Federation; Along with the general commissioner of the race, representatives of the media and the general public gave a last goodbye to Elvins, who for more than three decades practiced the profession with passion and dedication, especially in cycling and soccer sources.

The tour arrives in Valencia, with the penultimate and seventh stages, with the 125.8-kilometre circuit between Paseo Cabriales, Cedeño and Fernando Figueredo avenues, where the protagonists will give 17 circumambulations, where four sprints will be played.