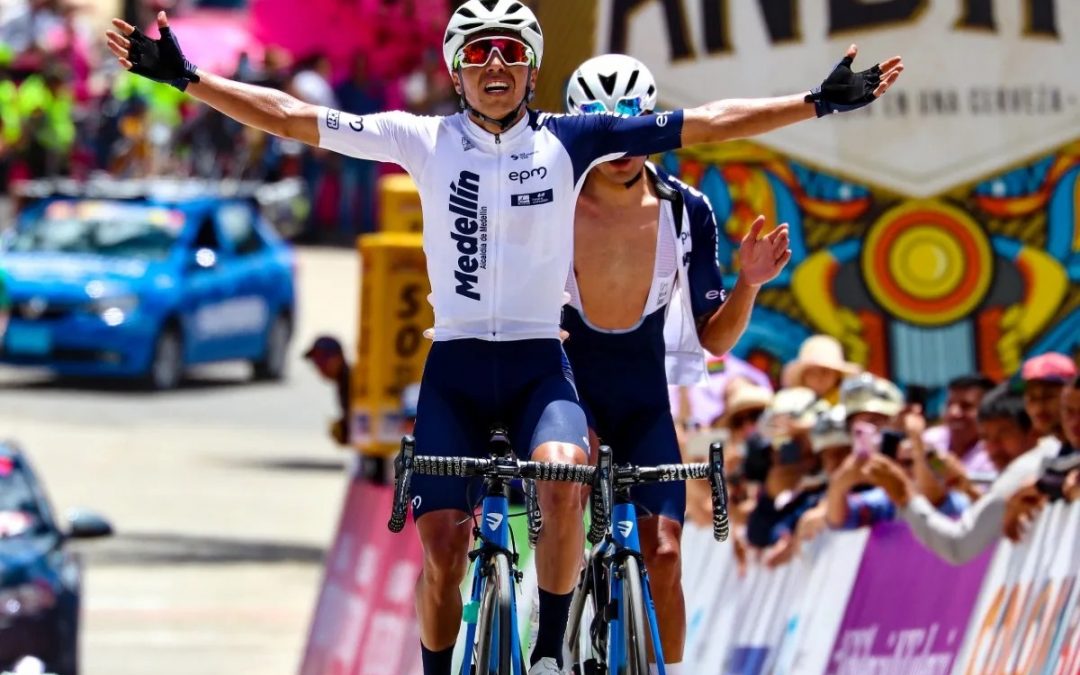 In a new mountainous day, Aldemar Reyes (Team Medellín EPM) claimed victory in the eighth stage of the Vuelta a Colombia 2022 starting in Sopó and finishing in Somondoco over 96.3 kilometers, escorted by his teammate Fabio Duarte, who is the new leader now of the individual general classification.

The rider from Boyacá rounded off a spectacular performance by the squad directed by José Julián Velásquez, where his pupils made it 1-2. After entering the finish line first with his arms raised, Reyes gave his impressions: “I am grateful to God and to the team. We knew where to attack and put the peloton in check. I am very happy to get the stage victory and that Fabio Duarte is the new leader of the general classification”.

Likewise, the new leader of the Colombian round also expressed his satisfaction with the comeback. “Dedicate the victory to all my teammates. Everything we’ve earned so far goes to them. A great joy, I have sacrificed a lot and today has not been the exception. The most difficult thing is missing, which is to maintain the lead”, said Duarte as he crossed the finish line.

The leg-breaking day, which was pedaled with a lot of heat, began very busy on the flat terrain, however, the group was compact for much of the journey. On the climb to Alto de la Cachucha, the race began to move.

In the first ramps of the hard ascent, the leader Cristian Rico began to give in and fell off the hook, although he had the help of Darwin ‘El Puma’ Atapuma, he was unable to connect with the men of Team Medellín and ended up giving in for a long time, which took to lose the yellow jersey.

In the last ascent of the day, there was a duel between the contenders for the title of the Colombian round, where Team Medellín EPM maintained its devastating pace. Reyes and Duarte left the rest of their rivals scattered to reach the finish line alone and celebrate twice: stage and leadership.

This Saturday, June 11, the ninth stage of the Colombian round will be held, starting in Guateque and ending in Santa Rosa de Viterbo, over a 182.3-kilometer route on undulating terrain with three third-category mountain prizes and a final in a small slope. The successor to José Tito Hernández, last year’s champion, will be announced on Sunday in Tunja.