TENIEL CAMPBELL IS THIRD IN THE FEMALE TOUR COMMUNITY OF VALENCIA 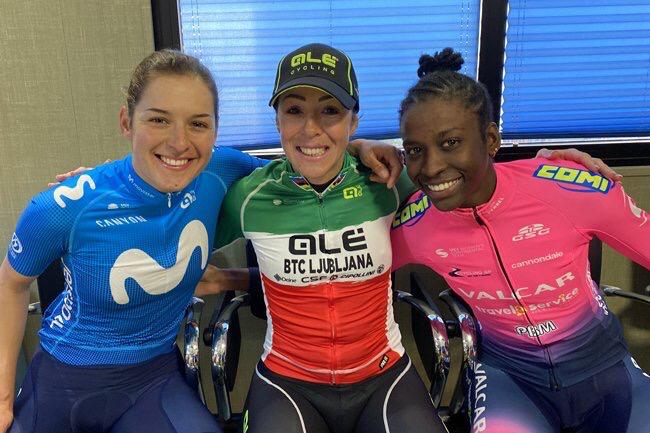 The cyclist from Trinidad and Tobago belonging to the Valcar club Teniel Campbell concluded today in 3rd place in the second edition of the Tour of the Valencian Community of Women, which consists of a single stage of 97.7 kilometers between Paterna and Valencia, with a Time of 2:18:04 hours, with an average of 42 km / h the same as the winner of the champion of Italy, Marta Bastianelli (Alé BTC Ljubljana), which was awarded with authority the final sprint.

From the beginning of the stage, different attacks took place on a sunny day, in which the great teams such as Lotto Soudal and Movistar controlled at all times that no escape would be successful in search of a massive arrival where the sprinters decided to win.

The final kilometers were reached with the grouped squad and in the absence of 50 meters launched a very strong attack the veteran Italian runner who overcame with compatriot Barbara Guarischi (Movistar) and Teniel Campbell (Valcar), who completed the podium.