TEOUR OF YOUTH WILL HAVE 319 KILOMETERS OF TRAVEL 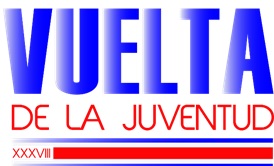 SAINT JOSEPH. From August 22 to 25, the XXXVIII edition of the Vuelta de la Juventud to Costa Rica will be held, which will have four stages and will cover a total of 319 kilometers.

This Vuelta, will feature the participation of sub 23 and second year youth cyclists from several countries, who will seek to leave this 38th edition, which currently has Sergio Arias, now a cyclist of the Colono team.

During the four days of competition, seven flying goals and 6 mountain awards will be played, all of third category.