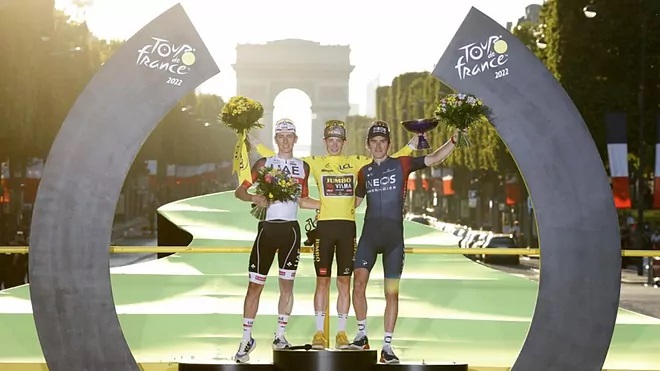 The 2024 Tour de France will not “probably” end in Paris due to the Olympic Games that the capital will host that year, French Sports Minister Amélie Oudéa-Castera advanced on Tuesday.

“The arrival of the Tour will be brought forward a little and it will probably not take place in Paris, rather in Nice” (southeast), the minister said in an interview with the public broadcaster France Info.

The objective is to avoid “the dispersion of the security forces” present in the capital in light of the “lessons” of the last Champions League final, on May 28 in the State of France in Saint-Denis, along to Paris.

The Olympic Games in Paris will start on July 26, 2024, a Friday, and under normal circumstances the Tour would end the previous Sunday, which would add great logistical and security complexity to the organization of the Olympic event.

The Sports Minister recalled that between 7,000 and 11,000 police and gendarmes will be mobilized every day for the Games, to which an average of 20,000 private security guards will be added, which will be 22,000 in the most important moments of the event.

Oudéa-Castera stressed that there is an “exceptional” mobilization in the Ministry of the Interior, in the face of any possible threat, from terrorism to cybernetics, and insisted that the authorities have learned from the treasury from the Champions League final.