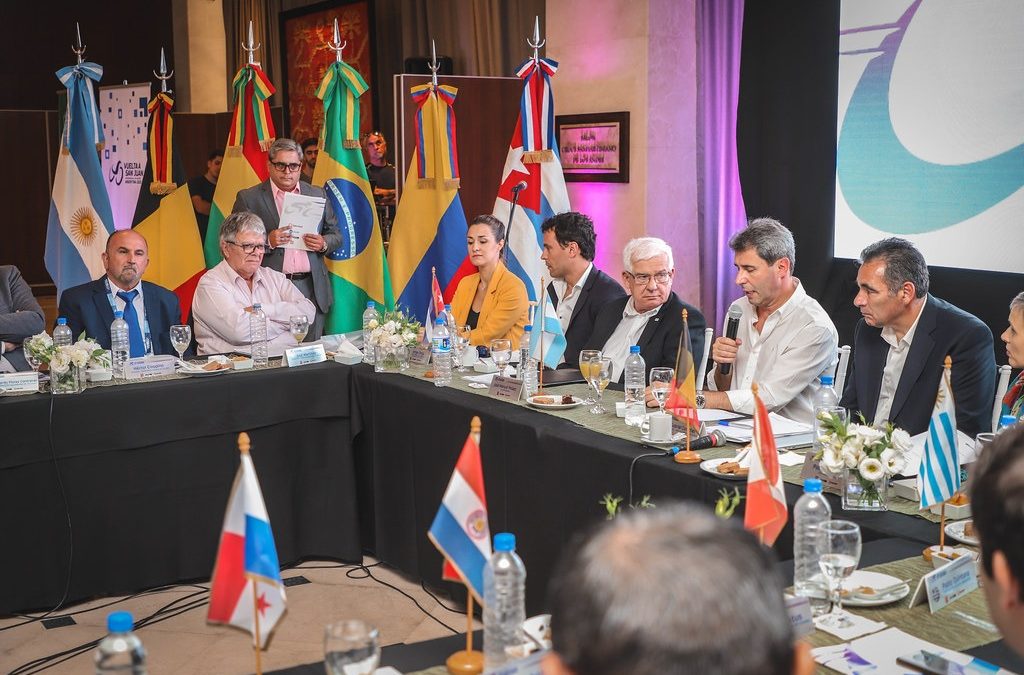 This Saturday, in the morning, the second Convention of the South American Cycling Union (USC) was held in San Juan. The ceremony was attended by distinguished authorities and was held in the Hall Crossing the Andes of the Civic Center.

The USC is an entity that has a direct relationship with the International Cycling Union (UCI) and brings together all the cycling federations in Latin America. The above brings together Argentina, Aruba, Bolivia, Brazil, Chile, Colombia, Guyana, Ecuador, Panama, Paraguay, Peru, Suriname, Uruguay and Venezuela.

The first to provide allusive words to the event was Gabriel Curuchet who said: “Important dates were taken, which include San Juan. South America has taken an important place thanks to this governor ”

So also left some edges Pascal Schyns: “We are very happy with what was talked about here today, regarding the projections for this year 2020. The truth is that I congratulate you for the magnitude of this Pro Series race, but we will work so that be World Tour ”

Then the Secretary of Sports Jorge Chica highlighted “We are very happy with the work that has been done, today we have the full hotel capacity, and that speaks of the efforts of our Governor so that the sport has its recognition”

On the end, Governor Sergio Uñac spoke about the strong work that has been done with sports in the province and especially with cycling. “I want to propose that we continue to work more closely than ever before, in order to keep what is being done. We have marked a different path for the little ones. I thank all the cycling authorities present that allow us to grow in this discipline ”

The itinerary of activities began at 8:30 and extended minutes after 13:30. Throughout that period of time, the leaders discussed and discussed various topics, referring to problems to solve and new proposals. The purpose is to enhance the quality of cycling in the continent.