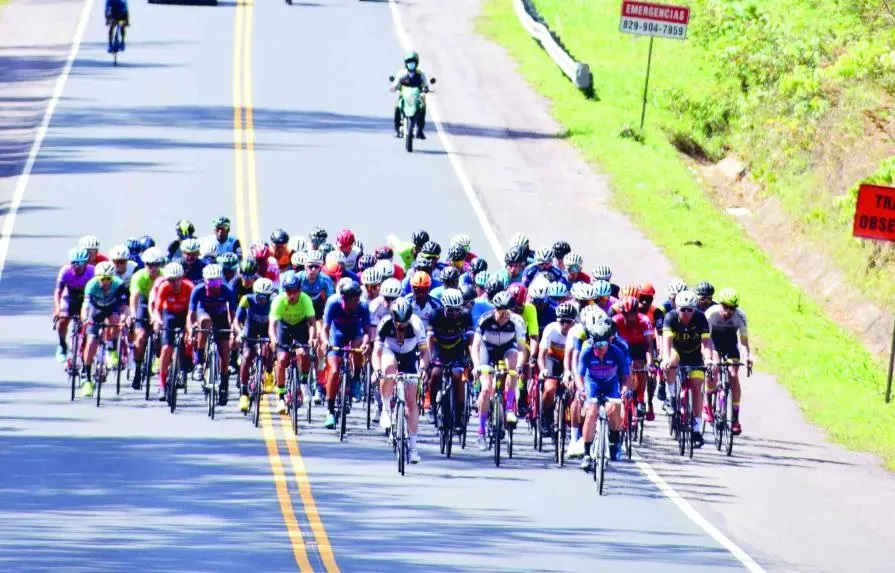 Santo Domingo.- There will be 1,184 kilometers the distance covered by the 138 riders who will be distributed among the 23 teams that will compete in the 43rd edition of the National Independence Cycling Tour.

The Vuelta will be from February 21 to 27 and it is assumed that stages 4, 5 and 6 will define the champion of the tour, with the consequent recognition for winning on three dates of high physical demand, over the remaining four, which are practically routes blueprints.

Those three days add up to 550 kilometers, full of mountain sections and a stage that ends at the top of 1,164 meters above sea level, in Constanza.

The fourth stage will be Santo Domingo Samaná (178 km) on February 24, which begins the trio of compromising dates;

On January 18, Diario Libre published the probable route of the Vuelta in which it remained to be defined which of the two options would be stage 5: 1. Samaná-Nagua-Río San Juan-Gaspar Hernández-Sosúa-Puerto Plata (216 km ) and 2. Nagua-Río San Juan-Gaspar Hernández-Sosua-Puerto Plata (147 km). Option number 1 (February 25) prevailed, so the mileage was also extended to 1,184.

The third date will be crowned by the queen stage (the mountain) that will be Puerto Plata-Santiago-La Vega-La Virgen-Constanza, which brings together 156 kilometers, on February 26.

Official route of edition 43 of the Vuelta Independencia/February 2022, 21-27

“A Vuelta like this had not been done with three days as strong as those, the winner will be more demanded than in previous years,” said the president of the Dominican Cycling Federation, Jorge Blas.

He explains that on the first of those three dates he will have to climb Los Haitises, then the mountains of Sánchez and reach Samaná, so without a doubt this marks the beginning of the difficult part of the tour.

The riders and other members of the teams will be under the health protocol of the Ministry of Health. “We are going to be under a protocol from the Ministry of Public Health, under their supervision,” said Blas. “All athletes must arrive with their COVID-19 test and vaccines and the premises their three vaccines, which are the requirements that the Ministry has made of us.”

The teams that will compete in the Vuelta