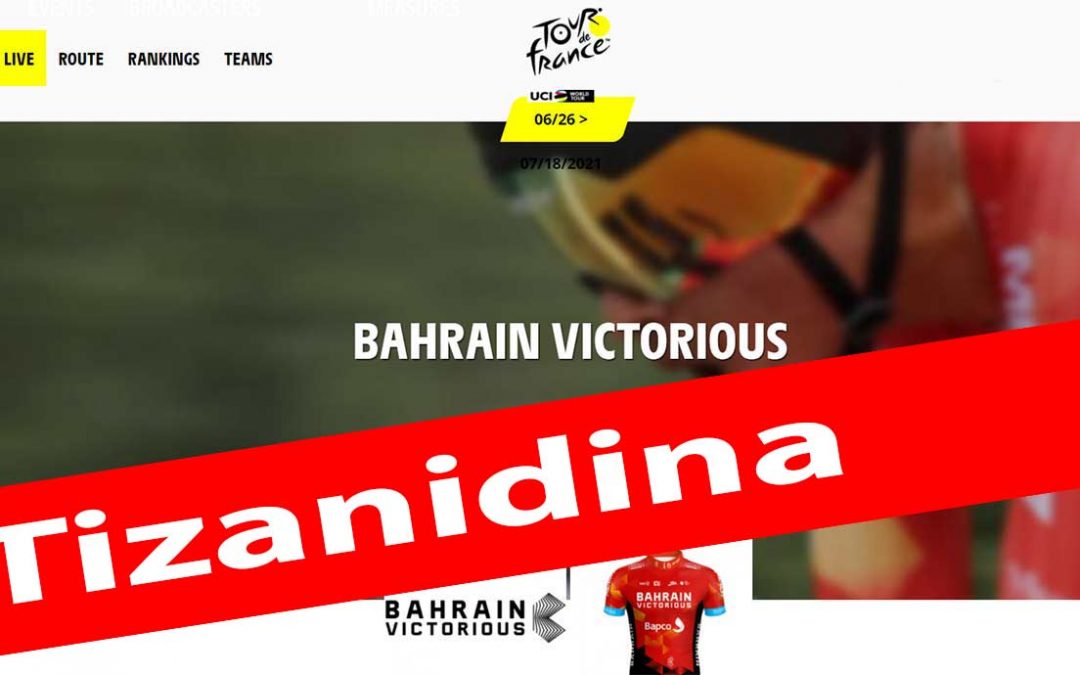 Olivier Rabin, scientific director of the World Anti-Doping Agency (WADA), has confirmed that the organization will study the effects of the drug tizanidine, after being found in the hair of three cyclists participating in the 2021 Tour de France.

Tizanidine is a medication used to treat muscle spasticity due to spinal cord injury or multiple sclerosis. Therefore, it is used to relax muscles, but the American Society of Pharmacists’ Health System is still not entirely sure how the drug works.

Officials found the drug during a raid on a team hotel and in the hair of three riders at the 2021 Tour de France; and researchers from the Institute of Forensic Medicine published a report in which they analyzed hair samples from seven cyclists.

Shortly after a report was published, the Bahrain-Merida team released a statement noting: “The Bahrain Victorious team and any of its riders have not been notified officially or unofficially of any findings related to tizanidine or other substances.

“The team wishes to emphasize that the authors of the scientific article to which all the allegations refer have unambiguously stated that tizanidine is not a prohibited substance in sport.”

The AMA does not yet know how tizanidine can be used by cyclists, which is why the organization will be scrutinizing the drug further.

Rabin told the French newspaper L’Equipe: “It is not a substance considered prohibited at the moment. That said, in light of recent developments, we have put it on the ‘list committee’ agenda for the month of January.

“We do not know this substance very well because it is used for therapeutic purposes. The interesting thing about looking at his profile is that we can legitimately wonder what the use for doping purposes could be.

“In the profile of tizanidine, except when there is excess muscle tone, as can be seen in certain degenerative pathologies, the question of its use can be raised. An effect on normal muscle seems inconclusive.”

Rabin goes on to suggest that the side effects of the drug will inhibit athletic performance. He argues that people with normal muscles shouldn’t need to use the drug, with dizziness, drowsiness, hallucinations, vomiting and stomach pain, to name a few, all side effects.

“We must not overlook the fact that some people who have to help athletes perform at a higher level are subject to certain pressures to try to find solutions to generate new things, without any scientific rationale behind them.

“But honestly, sometimes substances jump out at us and we include them very quickly. As with tizanidine, we have the right to ask certain questions.”