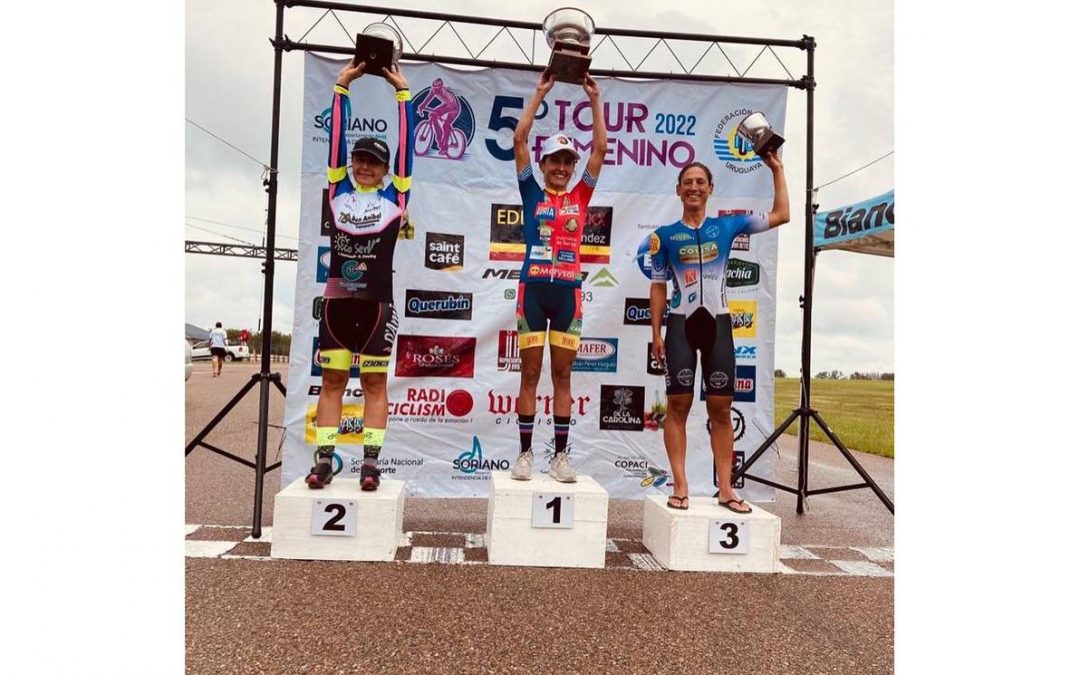 The fifth edition of the International Women’s Tour of Uruguay, which ended on January 23, had as its main news the victory of the Argentine Dolores Rodríguez Rey, of the Ciudad del Plata cycling club.

The competition began in Cardona, on Thursday, January 20, with a 1,300-meter time trial that was won by Mariana García Britos, a Uruguayan from Ciudad del Plata. The next day the peloton pedaled in a stage of 81 kilometers along route 12. The winner of the stage was also from Ciudad del Plata, the Uruguayan Fabiana Granizal.

On Saturday the route joined the towns of Cardona and Mercedes, in almost 97 kilometers of extension for that stage. The winner was Dolores Rodríguez Rey, a solo escape. Rosina Bertolini, a Uruguayan who rode for Damico Women Cycling in Argentina, was second. In third position in that stage finished Federica Frontini, also Uruguayan, from Club La Armonía de Fray Bentos.

The order in which the breakaways arrived in the longest stage of the competition was decisive in configuring the final podium, since on Sunday the same three cyclists managed to maintain their positions and climbed to the podium of the general classification.

The last day was a double shift. First a six-kilometre time trial, in which Dolores Rodríguez won, and then the 60-kilometer peloton test, which Fabiana Granizal dominated.

In addition to the title in the individual general classification, for Rodríguez Rey, Ciudad del Plata won the team competition.

Rosina Bertolini won the award for the best Uruguayan cyclist, while the revelation was Luciana Wynants, daughter of the Olympic medalist from Sanducero Milton Wynants. In the under 23 classification, the winner was Paola Silva, from La Armonía.

The Sprinter award went to Johanna Bracco from Peñarol de Durazno, the top went to the Chilean Karla Vallejos, from Ruteros, and Ana Seijas, who ran for the Montevideo federation, stayed with the regularity.