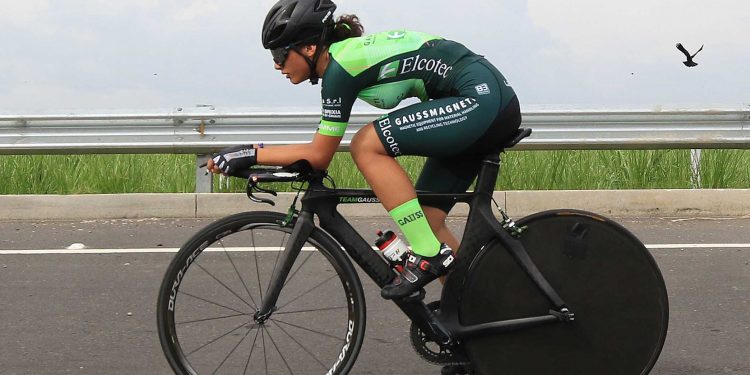 Nicaragua, El Salvador and Costa Rica announced their delegations to compete in the III Central American Road Cycling Championship, which will take place from October 14 to 16 in Costa Rica, with the Elite and Sub 23 categories for both sexes.

The delegation from Nicaragua was one of the last countries to present their list for the fight in Pérez Zeledón, where the pinoleros will seek to surprise since they are not clear favorites. Both the men’s and women’s teams will be led by Yader Grijalba, who is also the head of the Federation.

For the men’s elite road tests they called Argenis Vanegas, Oscar Hernández, Yader Cerrato, Leenar Uriarte, Jean Carlos Pérez and Henry Rojas. For his part, Yader Cerrato will be the only representative in the elite time trial, while Luis Carlos Guido and Jefferson Jerez will be in the sub 23.

For the under 23 long-distance test, in addition to Luis Carlos Guido and Jefferson Jerez, José Padilla and Alex Emilio López were also selected; while in the elite women’s branch there will be María Elisa Gómez, María Paula Posada and Diana Marín who will do the route and the time trial, while in sub 23 Xochilt Gómez will be the only one summoned who will do the two tests.

With a squad of eight athletes, led by the Italian-Salvadoran cyclist Serena Torres, the El Salvador team will be traveling to San José, Costa Rica this Wednesday, October 12, to compete in the III Central American Road Cycling Championship.

The arrival at the venue is scheduled for this Tuesday night, so they will have at least two days to adapt and for Serena to do at least two training sessions before the start of this regional fair, which will begin this Friday, October 14.

The list of the national teams is completed by: Bryan Fernando Mendoza, José Dagoberto Joya, Brandon Ulises Rodríguez, Erick Alexander Herrera and Josué Hurtado in the men’s category, while in the women’s category, in addition to Serena, Sauking Raquel Shi Pimentel and Yancy Valladares will be competing. .

“The expectations with this delegation are modest, it is a preview of what we are going to have next year. Last year we held the Central American Road Championship in El Salvador, in September, and it really went quite well with Evelyn García, Erick Herrera and Madeline Mendoza, but this time we will not have both runners,” explained Mario Contreras, technical manager of the Salvadoran Cycling Federation.

In men’s, the expectation is to put a runner among the 10 best in the time trial, and a fifth place in the U-23 level, here the great candidate is Brandon Rodríguez, who has obtained good results in his blanks in Guatemala.

In the absence of four days to start the Central American Road Championships, Costa Rica defined the representatives that will be in the road and time trial events, both in the male and female categories.

Regarding the U23 test, those called by coach Yurandir Leandro are Dylan Jiménez, Gabriel Rojas, Luis Daniel Oses, Miguel Lemus and Ricardo Aguilar as a substitute.

For the individual time trial, the chosen ones were Dylan Jiménez and Gabriel Rojas.

In the women’s branch, directed by Andrea Bianco, Paula Herrera and Daniel Sandoval, those summoned were Milagro Mena, María Fernanda Sánchez, Natalia Navarro and Giovanna Tanzi. Mena and Sánchez will also represent the country in the time trial.

In the under 23 category, the calls for the road test and the time trial were Diandra Ramírez and Dixiana Quesada. The substitutes in the female branch will be Yuliana Hernández and Alondra Granados.

For this Friday, October 14, the time trial will be run, while on Saturday the women will run and on Sunday it will be the turn of the gentlemen in the long-distance test.