The best track cyclists in America are already in Lima 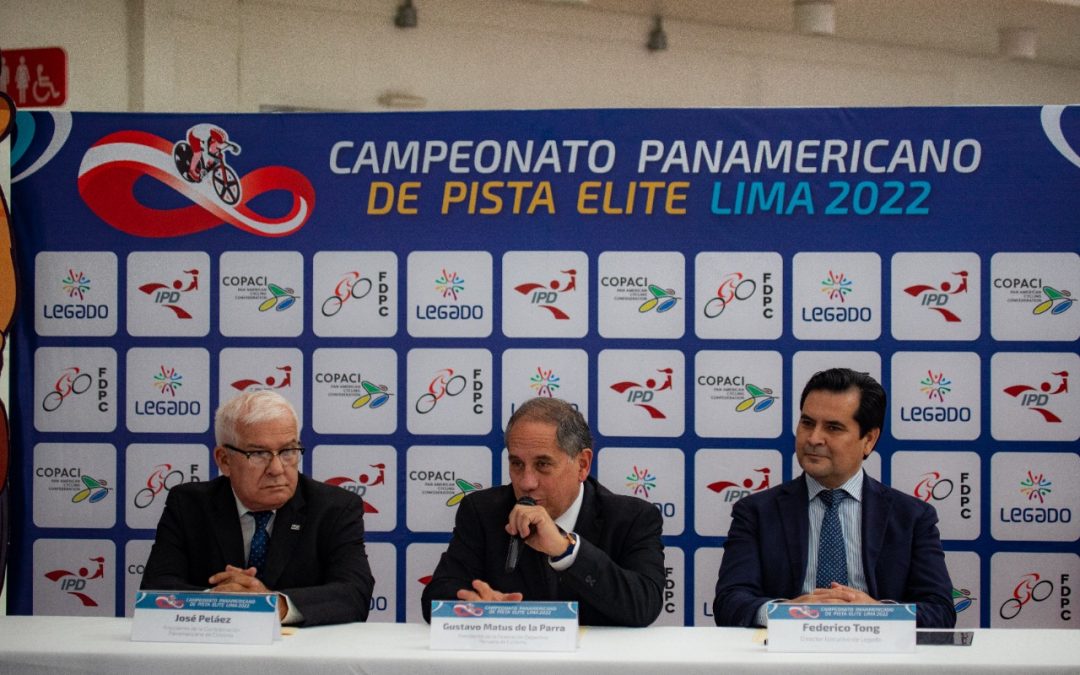 Adrenaline, tactics and a lot of concentration will be mixed with the conviction of glory that more than 200 cyclists from 19 delegations will seek to achieve, when the Lima 2022 Pan American Elite Track Championship begins, organized by the Peruvian Cycling Federation, in the modern Velodrome of the VIDENA Legacy headquarters.

The Videna velodrome continues to establish itself as the home of world sport and, this time, will host a new international tournament, to be held from August 10 to 14, as was announced at a press conference by the president of the Peruvian Federation of Cycling, Gustavo Matus de la Parra; the president of the Pan American Cycling Confederation, José Manuel Peláez; and the executive director of Legacy, Federico Tong.

“At Legado we work in a special way so that our infrastructure is kept in the best conditions and thus continue to host world-class championships. We want to leave a sporting and social legacy as well, promoting high competition and Olympic values. Now we welcome the 19 delegations for the Pan American Track Championship with open arms, we are ready”, assured Federico Tong.

In this sense, the sports authorities highlighted the holding of this event, the result of joint work, also jointly, with the Peruvian Sports Institute (IPD).

“We have a super Velodrome, a great biomedical doctor to treat athlete injuries and we do everything so that the athletes of the continent carry out training bases. From the Federation we are convinced to continue working together with Legado, so as not to have white elephants”, added Gustavo Matus de la Parra.

Olympic medalists and world champions will participate in the eleven track events in the Lima 2022 Pan American Elite Track Championship, from an imposing Velodrome, unique in the country and recognized on the continent as it is approved by the International Cycling Union (UCI).

In this way, the powers of Canada and the United States will compete, for the first time on Peruvian soil with their complete teams, raising the level of the contest. In turn, a large number of national and international athletes will stay at the Atlético Stadium hostel, located at the VIDENA Legacy headquarters, guaranteeing the sanitary bubble and the comfort of the cyclists to move with their equipment on each day of competition.

The appointment takes on special importance because the Olympic medalist in Tokyo 2020, Kelsey Mitchell, from Canada, will aim to ratify the great sporting moment that she is experiencing; she measuring her skill against the cyclists with the best position in the world ranking, such as the Colombian Martha Bayona, champion in the Valledupar 2022 Bolivarian Games; Trinidadian Nicholas Paul, gold at the 2022 Commonwealth Games; among others.

“For us as a Peruvian delegation it is important to compete against the best in America, the level will be very high. For my part, I am convinced of reaching the podium, I have worked hard to achieve it, I come from having a world championship. We have had the opportunity to share training, competitions and talks with a group of internationals who stay at the Legado hostel”, highlighted Hugo Ruiz, recognized for being the Peruvian with the best position in the UCI ranking.