The Caribbean gave the first road cycling tickets to Cali 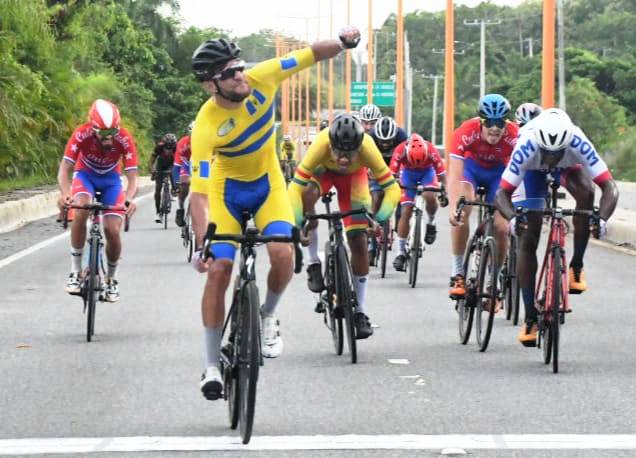 Santo Domingo.- With an extraordinary effort by the organizers to prepare the route after the passage of storm Fred, the Caribbean Route Championship, which is held in this city, delivered on August 12 the first tickets to the Youth Pan American Games from Cali, which fell to Granada, Barbados and Cuba, the latter with three quotas.

After three in the afternoon the actions could begin and the route for minors under 23 left the Barbadian Joseph Amber (1: 28.30) with the first place after winning the sprint to the Cuban Aylena de las Mercedes Quevedo and Ludisneli Fleitas, silver and bronze after 60 kilometers of intense pedaling. Here the first two made a ticket to the Colombian appointment.

In the men’s section that distributed three places to Cali, the 90 kilometers were run strong (47.50 km / h) and at the final packing came a platoon of nine riders, who finally led in photofinish the Granada-born Walters Red (1: 53.31) , escorted by Cubans Johan Miguel Fernández and Juan Manuel Cabrera, in positions two and three, respectively.

In the elite category, the champions of the Caribbean route were the Dominican Juana Isidra Fernández and the Barbadian Joshua Kelly. The podium among the ladies was completed by Belizean Kaya Cattouse and Caitlin Conyers, from Bermuda; while the men did the local Jonathan Ogando and the Belizean Oscar Quiroz.

In this Caribbean championship, 16 nations and more than fifty riders finally signed up. For this Friday, August 13, the modalities of individual time trial are scheduled, which in the case of the Caribbean joust will deliver only a ticket to Cali to the winners of each sex.

Likewise, the Pan American Road Championship will begin, which will guarantee the right to the Youth Games for the six best men and women in this event.