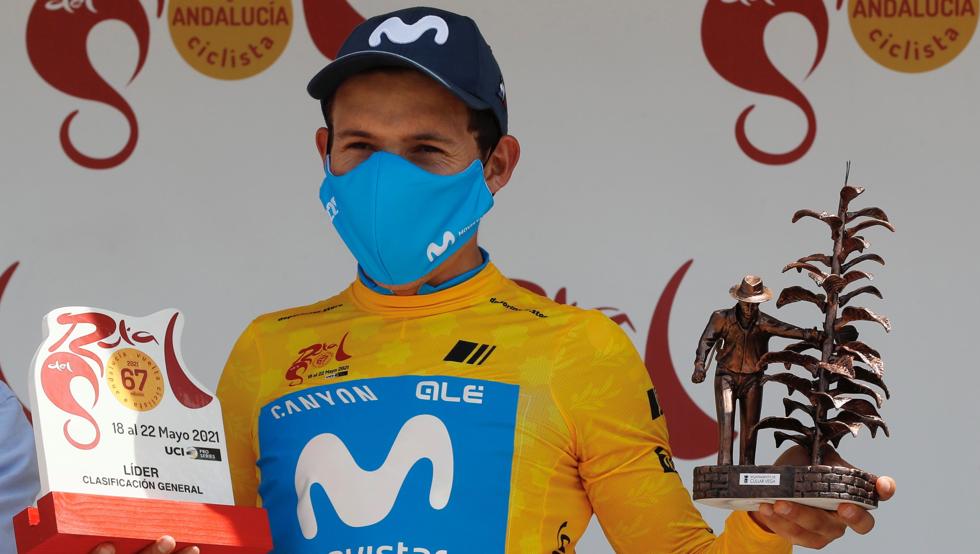 Although it was an open secret, this Saturday it was confirmed: the Colombian Miguel Ángel López (Movistar Team) became champion of the Tour of Andalucia 2021, a competition that ended in Pulpí with a partial victory in the final stage for Ethan Hayter (INEOS Grenadiers) , escorted by Michel Ángel himself.

The Boyacá climber who had triumphed in the king segment in Puerto de Onsares, thus conquered his first title with the colors of the Movistar Team, the squad to which he was linked this season as a brand new contract, after six years with the Astana club.

As if the yellow jersey weren’t enough, the South American also finished second in the points standings (66), behind Hayter himself (76); meanwhile, he contributed to his Movistar Team team scoring first place by group, ahead of Caja Rural-Seguros RGA and Teak-Segafredo.

López completed his 19th victory of his sports career, the second this season, after Thursday’s victory in the stage ending in Villarrodrigo (Puerto de Onsares). As for the history of these jousts, it is the first title for Colombian cycling and the second podium, after Santiago Botero’s second place in 1999, behind Javier Pascual.

The Movistar rider has obtained the titles of the Tour de l’Avenir 2014, Vuelta a Suiza in 2016, Milano Torino, that same year, Tour Colombia and Vuelta a Cataluña in 2019 and now in Andalucia.