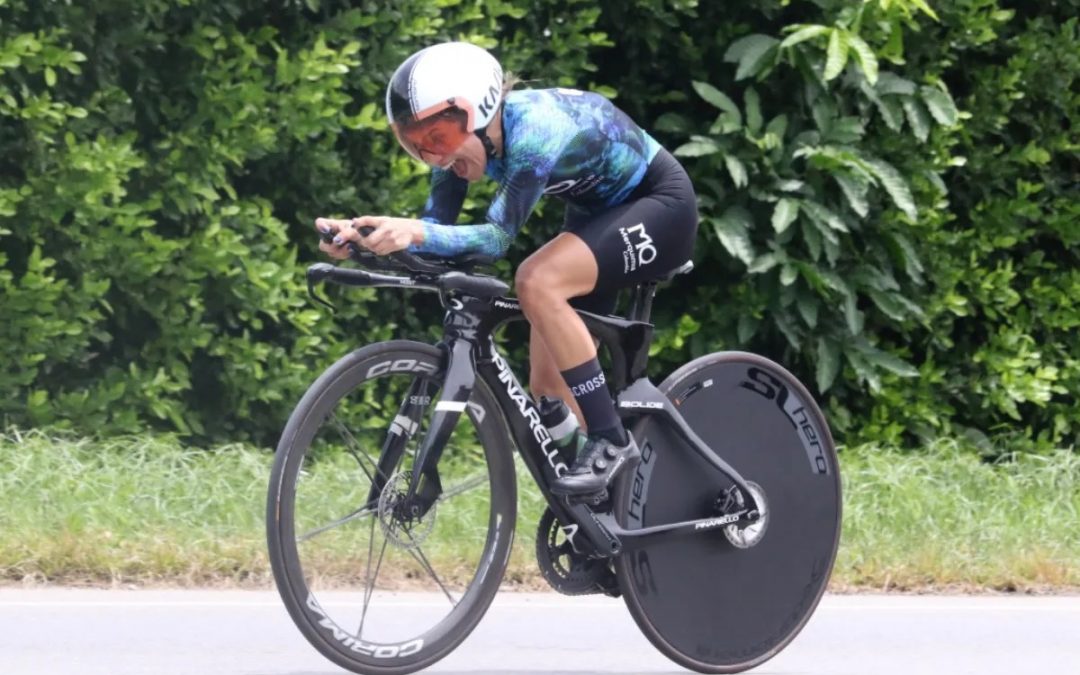 Venezuelan runner Lilibeth Chacón (Merquimia Proyecta Team) took first place in the time trial this Thursday (34:02 minutes) in the third stage of the 2021 Women´s Tour of Colombia, organized by the Colombian Cycling Federation and supported by the Ministry of Sports.

The day ready for the battle against the clock began with a cool temperature, because in the plains territory the weather was cloudy this September 30. At 8:45 in the morning, the first runner started and the first outstanding time was set by junior runner Jireh Mesa (San Mateo), who crossed the finish line with a time of 40 minutes and 05 seconds.

Later, Valentina Blandón (Construcciones Zea) was the first to drop below 40 minutes, registering 37 minutes and 44 seconds; but a few minutes later Luisa Alejandra Guevara (Evolución Fem) exceeded her time and went to the first partial place of the test with 37 minutes and 18 seconds.

Among the group of the last 50 runners to reach the finish line, the current national champion of this modality Sérika Gulumá (CM Inder Envigado) was expected. The caqueteña made a good presentation and she got to sit directly in the hot seat, as she stopped the timer at 35:23. A few minutes later, the Santander Ana Cristina Sanabria (Colombia Tierra de Atletas) arrived, who lowered the time to 35:02 and went on to partially lead the test.

The Mexican Anet Barrera (Pato Bike) also excelled in the plains territory and set a time of 34:36, with which she took the lead, only until Lilibeth Chacón crossed the goal, who flew and stopped the timer at 34:09 A time that could not overcome even the race leader Aranza Villalón (Avinal), who was the last to reach the sentence line and registered 34:12, with which the Venezuelan was ratified as the winner of the stage.

With her second place, just 3 seconds behind Lilibeth, the Chilean Villalón was able to maintain without problems the purple shirt that identifies her as the leader of this sixth edition of the most important women’s race in the country.

This Friday, October 1, the fourth stage will be held, between the city of Villavicencio, where the peloton will travel a 10-lap circuit, before leaving for Alto de Buenavista to complete a total of 117.1 kilometers, with three special sprints and one first category mountain award to be disputed.