The Cortizo team from Spain hires the Guatemalan Sergio Chumil 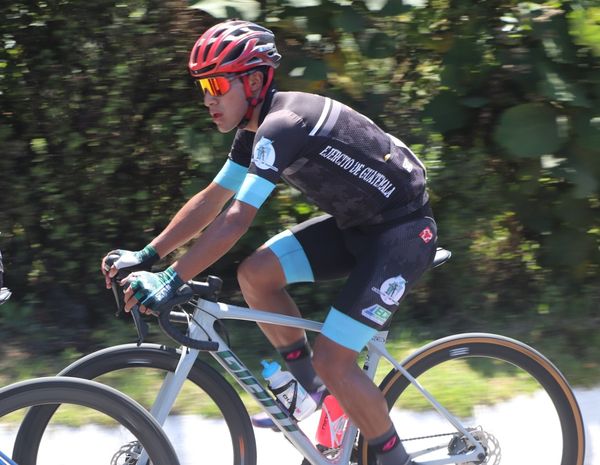 The Guatemalan cyclist, pride of the Chuachalí village, Tecpán Guatemala, Chimaltenango, Sergio Chumil, will no longer run with the Hoomu Seguros team in Spain, but will do so with the Spanish Cortizo, which ratified his link on his social networks on Tuesday.

Chumil, who runs for the Guatemalan Army in Guatemala and is selected for the U-23 national team, will participate in the Spanish Cup with the Aluminum Cortizo team. There will be 11 dates that will start on February 27 and end in May, according to the Guatemalan Cycling Federation (FGC).

The Totonicapense cyclist, winner of the Vuelta a Guatemala in 2018, published an emotional message of thanks on his Facebook account. Chumil will have to travel between February 6 and 10 to compete in the Tour for Peace in his native nation.

According to the FGC, the reasons for the change of team of the tecpaneco rider was because the coach of Hoomy Seguros, Carlos Canales, who contacted him in Panama during an international competition, was not confirmed in the position.

However, he reached agreements to place Chumil in Cortizo, which is directed by coach Jesús Blanco Villar, who sent a letter to the Ministry of Defense requesting that the athlete stay in that group.

Cyclists from Chile, Venezuela and Uruguay run in the Cortizo. The squad is made up of 19 riders, who will compete this season in Spain and Portugal. Aluminum Cortizo is a team from Padrón, Galicia and is part of the padronés cycling club.

“Sergio Chumil, 21, is one of the most promising cyclists of his generation and makes the leap to Europe with our team to continue his great progression,” the Cortizo team reported on his official website. .

By 2020, Sergio began to prove to be one of the promises of Guatemalan cycling. He did it first in the Vuelta a Ecuador, where he managed to finish third in the Reina stage, ranked eighth overall and third in the Sub-23.

The Chimalteco competed in the qualifying event for the 2020 Tokyo Olympics, where he was one step away from sealing his ticket. His last feat was to become national champion of individual time trial and route, Sub-23.