The Cuban Arlenis Sierra debuts this Sunday with Movistar 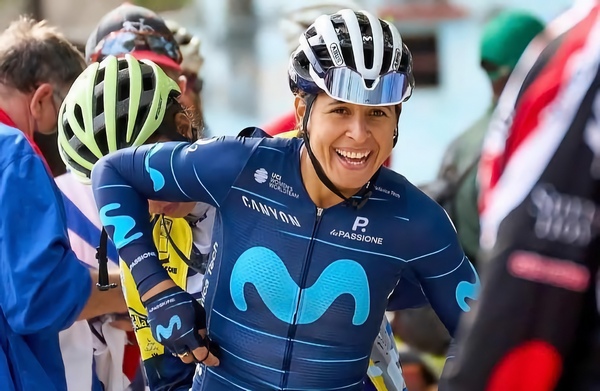 The cyclist Arlenis Sierra makes her debut this Sunday with the prestigious Movistar squad in the legendary Alfredo Binda one-day race, in the Cittiglio commune, Italian province of Varese, where she arrived on Thursday.

Precisely this competition of the Women’s World Tour of the International Cycling Union (UCI) keeps a special memory for the manzanillera. It was the second podium in his debut in 2017 in a club, the Kazakh-Italian Astana.

Arlenis had just started the season on March 4 in Italy with 35th place in the Strade Bianche, however, just a few days later she became the runner-up in the Valencian Cycling Week in Spain -from 8 to 11- and of the Binda Trophy on the 19th of the same month.

In the latter, only the American Coryn Labecki could overtake her, as she surpassed other well-known cyclists in the sprint, including Annemiek Van Vleuten, who won her first world gold that same year, added others in 2018 and 2019, and the Olympian in the Tokyo time trial in 2020, plus silver en route.

Five years later, Arlenis, a decade younger than the exceptional Dutchwoman, will wear the same Movistar jacket with the humility of an apprentice who wishes to continue her progress and fulfill dreams that she has not come true, although her record includes 41 wins with Astana and AR Monex.

This version 46 will have 141 kilometers between the towns of Cocquio Trevisago and Cittiglio, which includes up to three circuits full of elevations, the most important being the last one when there are 70 km remaining for the final goal.

The peloton will have to overcome four times the climbs to Casale, 800 meters at 9% gradient, and Orino, divided into two sectors and which, in its second half, presents another 1,500 meters at 6.5%.

Last year the victory corresponded to the Italian Elisa Longo Borghini, Olympic bronze medalist in Rio de Janeiro 2016 and Tokyo 2020. She was followed by the multiple Olympic and world medalist, the Dutch Marianne Vos, maximum winner with four trophies.

This will be the second race corresponding to the UCI Women’s World Tour that will confront the “telephone” team, which is based in Spain.

The Alfredo Binda Trophy, which takes its name from the outstanding cyclist of the 1920s and 1930s, was born in 1974, but it was not until 2000 that top-level professional cyclists entered.