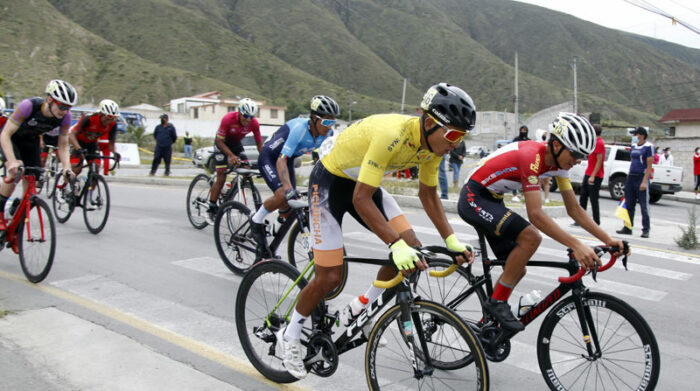 In the official presentation of the Cycling Tour of Ecuador, this November 9, 2022, it was confirmed that the cycling race will continue with eight stages, although there were some changes in the route. This, due to the state of exception decreed in Guayaquil.

The test will take place from November 12 to 19, 2022 and 19 teams will be present, with 127 cyclists in competition. Due to the state of exception decreed in Guayaquil, the first stage of the Cycling Tour of Ecuador has been modified.

Initially, it was planned to leave from Samborondón to Empalme (Guayas), on November 12. That day changed and now it will be held from San Carlos (Quevedo) to El Empalme.

The stages of the Tour of Ecuador 2022

The 19 teams of the Tour of Ecuador

They will be groups from Ecuador, Colombia, the United States, Mexico, Panama and Peru.

The confirmed teams are:

New route in the Tour of Ecuador

The organizers, from the Ecuadorian Cycling Federation (FEC) searched for new routes and variants to prevent the Tour of Ecuador from occupying long stretches of the main roads, with the aim of minimizing road closures, especially in the most populated areas.

Unlike previous editions, this time the athletes will not travel so much on the main roads, including the E35, which is part of the Pan-American highway. This was confirmed by Santiago Rosero, president of the FEC.

“The race will go through many second and third order routes. It is a different layout. I consider it to be one of the toughest editions that the Vuelta has had,” Rosero told this newspaper in the days before.

This November 9, 2022, at the official presentation of the Tour of Ecuador, Rosero confirmed that the current edition will avoid the E 35 and will pass through many other towns, where great receptions are being prepared for cyclists.

In stage 4, for example, which goes from Otavalo, in Imbabura, to San Gabriel in Carchi, only in the Bolívar sector, the cyclists will cover 16 km on the E35.

Similarly, it was confirmed that stage 5 was designed with the advice of Richard Carapaz. The cyclists will pass through Tufiño, Urbina, along the famous rise of the Guagua Negro and will even pass near the house of Richard Carapaz’s parents. The Casa del Ciclista in Carchi will also be inaugurated with the stage.

In Quito, for stage 7 of the Tour of Ecuador, it has been confirmed that the cyclists will climb Culebrillas. This is a road that elite and amateur cyclists use for their training, near the Ecuadorian capital.

Stage 8, the final, will be carried out with a circuit that will even enter the vicinity of the Middle of the World City.