The Cycling Tour of Ecuador will pay tribute to Olympic athletes 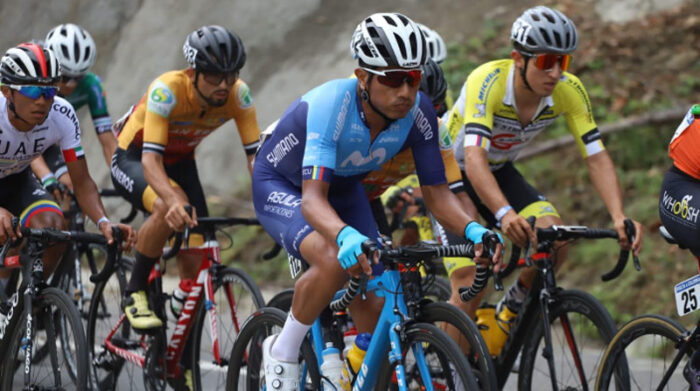 Everything is ready for the start of the Cycling Tour of Ecuador, which will depart from Guayaquil this Wednesday, December 8, 2021 (11:00). With 14 confirmed teams, the first stage will take place between the Main Port and General Villamil Playas with a route of 115.3 km.

In total, the race will have eight stages and a route of 1218 km. The cyclists will pass through roads in eight provinces until finishing in Pichincha, with a circuit in Quito on Wednesday, December 15, 2021.

The official presentation of the teams took place this December 7, at the Voltaire Paladines Polo Coliseum. At the moment 14 teams are confirmed, although in the technical conference prior to the presentation it was pointed out that there is the possibility that another team will join.

The Vuelta al Ecuador in its 38th edition will also pay tributes to the Olympic and Paralympic athletes of Tokyo 2020, so each stage will bear the name of an athlete: Kiara Rodríguez, Poled Méndes, Lucía Yépez, Angie Palacios, Anahís Méndez, Richard Carapaz, Tamara Salazar and Neisi Dajomes.

Among the figures of the competition stands out the presence of Martín López, from Team Best PC, who won the silver medal in the recent Cali 2021 Junior Pan American Games. In that team, the experienced Byron Guama, multiple champion of the Vuelta, also stands out. as well as Santiago Montenegro.

Juan Andrade, director of Best PC, assured that the goal of the team is to seek prominence from the beginning. This squad aims to win the Tour of Ecuador. “This will also be the farewell to Martín López, which has a special meaning for the team,” said Andrade.

Lopez, 21, will be part of the renowned Astana team in the coming seasons. In 2022 he will join the development team of that squad which is headquartered in Kazakhstan. He has a contract for three seasons.

The Movistar Team Ecuador is another of the teams that arrives strong, with Jorge Montenegro, Sebastián Rodríguez and Segundo Navarrete among its main figures. “We have prepared very well, we know the tough stages that the Vuelta has, especially those on the coast that will be key to face the mountains with more confidence,” said Montenegro.

The participating teams are the following: