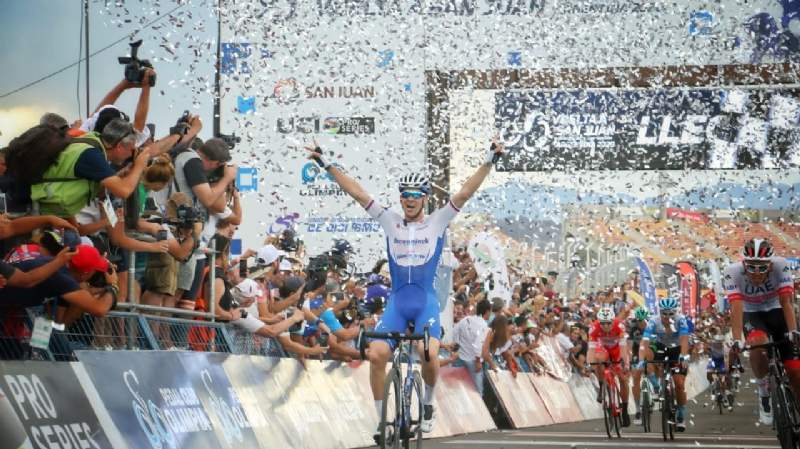 Czech Zdenek Stybar (Deceuninck-Quick Step) won on Saturday the sixth and penultimate stage of the Tour of San Juan by winning the final sprint, while Belgian Remco Evenepoel continues to lead the overall standings, in the absence of a round To conclude the test.

Stybar, 34, prevailed in the last escape in the last kilometer, when he took distance from the vanguard squad and nobody could reach him at the finish line of the Villicún race track, after a 155-kilometer route with departure and arrival in that circuit, under a heat that in some sections reached 44 degrees.

About 66 kilometers from the arrival, the Italians Mirco Maestri and Andrea Di Renzo and the Argentines Agustín Fraysse and Laureano Rosas staged a leak in the one they got to have 1 minute 8 seconds of advantage over the rest, but they were neutralized when they were 18 kilometers left the definition.

“Honestly the idea was to attack alone, prepare the position and I am very happy to have fulfilled because it does not always go as planned. I saw that Álvaro (Hodeg) was behind me, but I found myself with good chances of throwing and attacking as I did, “Stybar said of his victory on Saturday.

The Czech sprinter recalled that he had a similar performance when he won a stage of the Tour de France almost five seasons ago, in 2015.

On his side, Evenepoel remained a comfortable leader of the general classification and was closer to winning the San Juan test for the first time.

The seventh and final stage will be played on Sunday afternoon, with a route of 141.3 kilometers on the ring road around the city of San Juan.