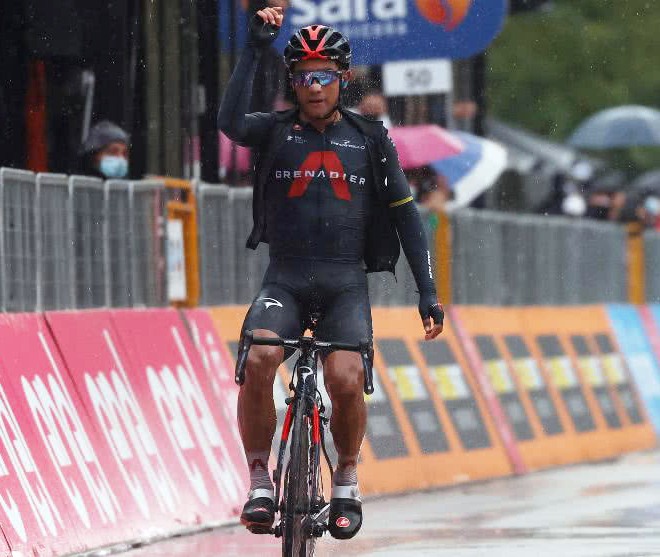 The Ecuadorian cyclist Jhonatan Narváez (Ineos) won the 12th stage of the Giro d’Italia, this Thursday with departure and arrival in the hometown of the ‘Pirate’ Marco Pantani, who died 16 years ago.

The Portuguese Joao Almeida (Deceuninck) retains the pink ‘jersey’ of leader of the test after this 204-kilometer stage, contested partly in the rain.

In the hometown of Pantani, one of the most popular cyclists of the 1990s, winner of the Giro and the Tour in 1998 and died in 2004 of an overdose, Narváez gave the Ineos team its third victory in this edition of the pink race, after the two achieved by the Italian Filipo Ganna. It is also the second victory for Ecuadorian cycling, which had already achieved a first partial victory thanks to Jonathan Caicedo in the 3rd stage, which ended on Etna (Sicily).

Last year, another Ecuadorian, Richard Carapaz, won the final victory in the Giro, the greatest cycling achievement so far for the South American country.

At the finish line located in the city on the shores of the Adriatic (east), Narváez overtook his last getaway partner, the Ukrainian Mark Padun, by more than a minute, who lost the winner’s wheel after suffering a puncture at 24 km for the finish . Narváez, 23 years old and originally from the province of Sucumbíos, bordering Colombia, disputes the great Italian cycling tour for the second time and last year he joined the Ineos team, the most powerful in the peloton and in which this season he also runs Carapaz, absent in this Giro.

At the beginning of September, Narváez had claimed victory in the Coppi-Bartali Week, also in the vicinity of Cesenatico. The main peloton, with the leader Almeida and the rest of the great contenders for the podium, crossed the finish line more than eight minutes behind the winner of the stage.

Upon reaching the first hour of the race, a breakaway was formed with 14 runners, which was reduced to two, Narváez and Padun, about 60 km from the finish line.

On Friday the 13th stage will be held, which will link Cervia and Monselice, with 192 km of travel, the first 150 on flat ground and with two walls in the final section.