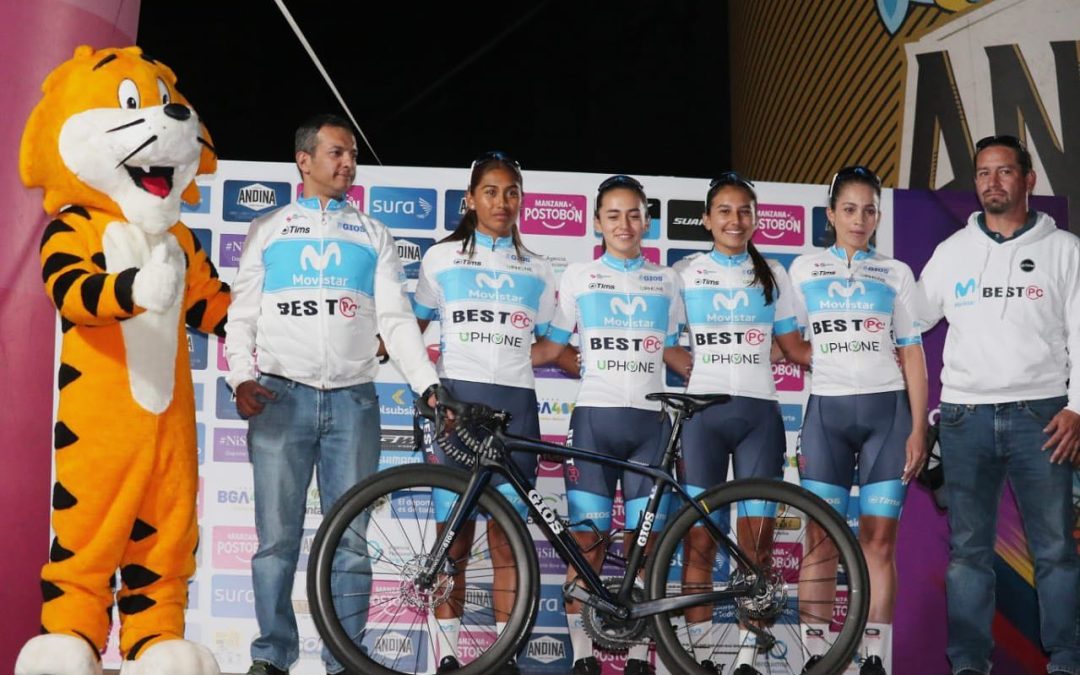 Ecuadorian cycling is growing, step by step, on all fronts and one of them is women’s cycling, which despite the many difficulties and shortcomings that it still has to face, is gaining more visibility and competition.

One of the teams that invested in launching a women’s squad this season is Movistar BestPC, which at the beginning of the year presented the two riders who would start this squad’s foray into women’s cycling: Ana Vivar and Marcela Peñafiel, both only 18 years at that time. A few weeks later, 17-year-old Natalia Vásquez joined the roster to complete one of the most promising squads in Ecuadorian cycling.

A few days ago the team announced through its networks the renewal of the three riders for the 2023 season and the incorporation of the cyclist from Carché Camila Vega, also under 18 years of age, who will turn the trident into a quartet that generates expectations for next year.

Vega has in her palmares national titles in the pre-infantile and infantile categories and an important experience, despite her young age, which includes having competed on Colombian roads, having been selected Ecuadorian in the Bolivarian Games and several outstanding performances in the competitions of the I Ecuadorian Cycling Federation Cup, throughout this 2022. The carchense also participated in the historic I Women’s Tour of Ecuador held a few weeks ago, with the Saitel team, where she won a top 10 in the queen stage.

The arrival of Camila Vega is a continuation of the team’s line of betting almost exclusively on young talent, as far as the women’s team is concerned. She bets that despite being long-term, it is already paying off as the harvest in the Women’s Tour of Colombia, in which Ana Vivar fought for the sub 23 classification until the last stages and was 10th in the final overall.

In the Ecuadorian calendar, Vivar has been one of the dominators, and the three riders have had great performances within a female peloton that in Ecuador is still small but is growing by leaps and bounds, precisely with the arrival of the next generation of riders.

At the point where cycling in Ecuador is, it is important that the most important female rosters, which are those of the professional teams, consolidate and add talented runners who will thus be able to access greater stability, resources for their training and greater exposure in races inside and outside of Ecuador.

It is very exciting that these projects focus on young female runners, who with the right support can have a great future and go far in cycling at an international level.